Home / Chicago Co-Founder Robert Lamm on New Album ‘Born For This Moment,’ Touring with Brian Wilson and Beyond 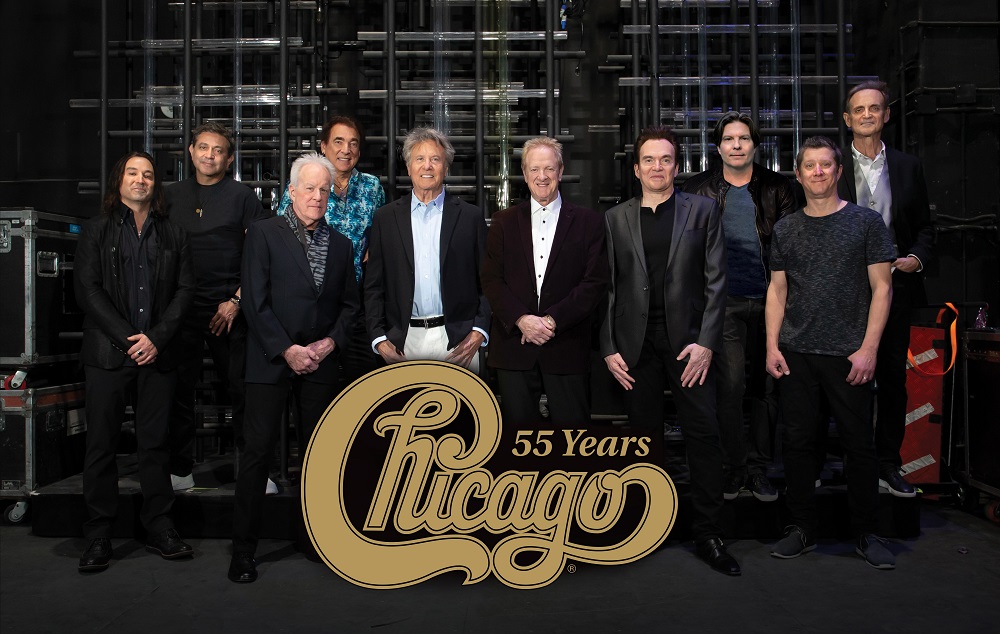 Chicago, the self-described “rock and roll band with horns,” has always done everything big.

Formed in 1967, Chicago celebrates its 55th anniversary this year, and on July 15 is releasing a new album, Born for This Moment, the ensemble’s first LP of original songs in eight years. Its first single is “If This Is Goodbye,” written by Christopher J Baran, Benjamin J Romans, Joe Thomas and Sterling Fox.

Chicago’s current lineup, which is 10-deep, features founding members Lamm, trombonist James Pankow and trumpeter Lee Loughnane. In June, the band kicked off its co-headline summer tour with Brian Wilson, whose band includes Beach Boys alumni Al Jardine and Blondie Chaplin. It’s a reunion of sorts; Chicago first toured with the Beach Boys in the 1970s and the band’s “Wishing You Were Here” featured vocals by the Beach Boys’ Dennis Wilson, Carl Wilson and Jardine.

Lamm wrote many of Chicago’s biggest hits, including “Questions 67 & 68,” “Saturday in the Park,” “Beginnings,” “25 or 6 to 4” and “Does Anybody Really Know What Time It Is?” We spoke with Lamm mid-tour about Chicago’s resurgence. 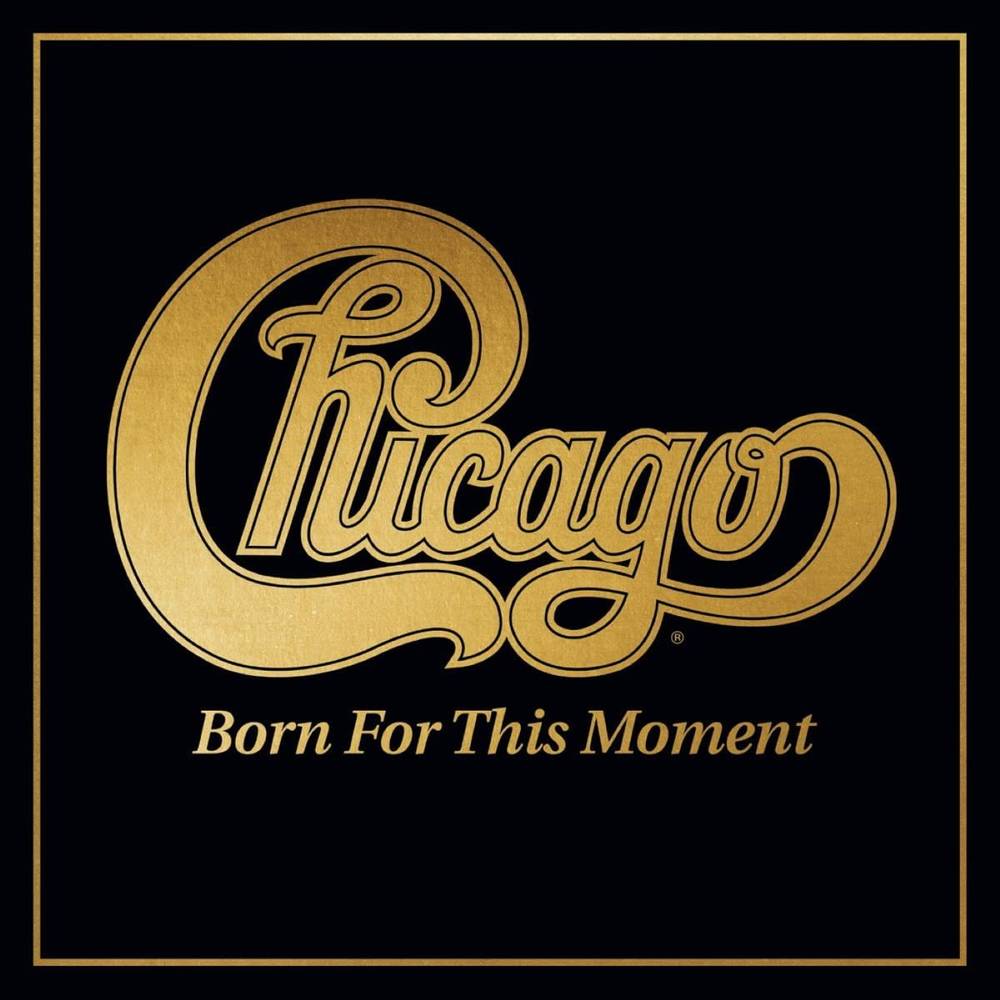 Rock Cellar: After eight years, what jumpstarted the process to get the new album recorded?

Robert Lamm: We were touring the beginning of 2020 and then like everything else, we were stopped in our tracks when COVID-19 emerged. We were doing a residency in Las Vegas at the time. So we all went home and waited for someone to call us and tell us when it was over.

But obviously, that was not going to happen. I realized that I had never, in the years we’ve been together, been home that consistently for that length of time. I just migrated over to the piano in my little studio at home and I started playing.

I spent most days playing the piano, reviewing music, reviewing my unfinished things. And then I began to reach out to friends and people whom I always wanted to work with or had worked with, writing and whatnot.

Mostly friends. We — this group of people that I migrated to — started writing songs. We were file-sharing back and forth for a couple of years. At some point, towards the middle of 2021, I had forged a relationship with Jim Peterik from the Ides of March, a Chicago guy, and Bruce Gaitsch, who had played guitar on a couple of Chicago projects.

We began writing and doing demos. Peterik and I released a single called “Everything Is Gonna Work Out Fine,” which was a real positive ditty that got some play. And this is all without ever being in the same room with Jim or on any of the other projects.

Rock Cellar: Did you and Peterik click because Ides of March was a horn band?

Robert Lamm: I think so. It’s funny, I had never met Jim Peterik, except he was an opening act a few years ago. We traded CDs and that really was the beginning of us. We began writing before there was the pandemic or even the prospect of Chicago doing an all new album.

Somehow, a producer, Joe Thomas, who had worked with Jim and worked with us at his video studio in Chicago on a couple of projects, heard what we were doing and through Jim he asked, “Would Chicago be interested in a project? I’m a producer for BMG Records and we all think this could be a good late-career project for Chicago.”

I said, “let me ask my partners.” Jimmy Pankow and Lee Loughnane are the remaining partners in the original band.

I’d done a number of solo projects just to get some oxygen because working in the context of a band like Chicago, with all the touring and all the different philosophies and tastes in music, it’s not an easy or comfortable way of working.

Robert Lamm: We were so lucky to have all the success we had starting in 1969. The band for 10 years was very productive, very active. We were fortunate to have Terry Kath, who was really the driving force right from the get-go.

We had all this success, we had a lot of hits, we were very creative, I thought, and that all ended when Terry died. We were trying to keep it together, which we were able to do, for a couple of decades. But it was never what it once was.

Rock Cellar: What’s the biggest change in its musical approach has the band made in the new album?

Robert Lamm: First of all, there are only three members who are calling the shots. The rest of the band are great guys, contracted players, top-notch guys. It wasn’t as free-flowing as I thought it should be. That’s the biggest change now.

To a certain degree, it was fun examining which new songs were brought into the project, and working with a different producer. In our career we had major producers, Phil Ramone and David Foster, all great guys, and all of a sudden we had someone we were unfamiliar with. For a recording project, we’ve always needed to have a producer who had our respect and who had respect for what we do. It’s a big change.

Rock Cellar: I’ve only heard the first two songs released, “If This Is Goodbye” and “Firecracker.” What does the rest of the album sound like?

Robert Lamm: Of the 14 tracks, I wrote or co-wrote 7 of them. And those songs are songs of a veteran singer-songwriter — me. I’ve spent a lot of years, especially the last 30 years, really off in my own little world of getting a taste of what the newer artists are doing.

The music that’s in this new album is worth listening to. For the most part it is different from what you might expect from a Chicago album.

We finally have a lead singer, Neil Donell, who is amazing and would remind some people of the tenor that [Peter] Cetera was. He has really hoisted the band on his back and is really delivering as a lead singer. Live audiences responded to him, and I hope that if anybody hears this album, you or me, they’ll be able to hear what I’m talking about.

Rock Cellar: Do you sing lead on the songs you’ve written?

Robert Lamm: No, Neil and I sing on “If This Is Goodbye,” the single, we both sing on “Born for This Moment.” I sing a tune called “Our New York Time.” But it’s Neil. There’s a great song called “For the Love” I did and another one, a Brazilian tune called “‘The Mermaid’ Sereia Do Mar.”

Rock Cellar: Let’s talk about the tour. How is touring with Brian Wilson again?

Robert Lamm: We’re touring with Brian Wilson and his, I’ll call it his band — not the Beach Boys, but Brian’s Boys. It’s a 10-man band. In the last decade or so, Brian tours with guys who had passed through various iterations of the Beach Boys.

They do it very well, they sound great. Brian just turned 80 years old and I think that the audience always loves the Beach Boys repertoire. So it’s fun. It harks back to the ’70s when the two bands toured together, the original Beach Boys lineup and Chicago. And subsequently a few other tours, the two bands together. But once Carl passed and the Beach Boys were sort of suing each other, [laughs] we had very little communication with them.

But this tour, it was really just trying to find a touring artist who could be comfortable touring with Chicago. Brian was.

Rock Cellar: I’ve read that Al Jardine and other vocalists joined Chicago on “Wishing You Were Here.” That must be a highlight for the audience.

Robert Lamm: We’re in the first month of a two-month tour. The first night we did “Wishing You Were Here” with the Beach Boys and then during our set we did the Beach Boys’ “Darlin'” with just our horns playing the horns as they were on that track. But after the first night of “Wishing You Were Here,” Brian didn’t want to do it because I think he sensed that it wasn’t working.

Rock Cellar: Why does the band never appear on its album covers?

Robert Lamm: In the beginning with our first manager and producer, Jim Guercio, it was a very conscious effort to try to keep the focus on the music and not the images. Granted, there are tons and tons of photos of the band performing. I think there was one album where we did [Hot Streets], but I don’t think it helped sell any records.

Rock Cellar: I just wondered if anyone in the band said, “My mother would like to see me on an album cover.”

Robert Lamm: Not like that. I’d say when Cetera left the band, I think that was one of the reasons that he left the band. He was really an amazing vocalist, and after about 10 albums he started writing songs with David Foster and that was a good move for us and for him. But he wanted some recognition for that. So he wasn’t, I guess, comfortable being part of the band. So he went on to have a solo career.

Rock Cellar: Let’s do a lightning round. Favorite keyboardist.

Rock Cellar: If you were not in Chicago, what band would you have been a good fit in?

Robert Lamm: I don’t know how good a fit I would have been, but I love Steely Dan. But they already had a keyboard player.

Rock Cellar: Is there a song you think Chicago could do a great cover of?

Robert Lamm: Listen, we were never afraid, we used to occasionally do an encore of “Got to Get You Into My Life,” the Beatles version. We used to do “Magical Mystery Tour” too.

Rock Cellar: Why did you choose those songs?

Robert Lamm: When we were first coming up we were basically doing covers of the Stax/Volt artists. We were doing as much rhythm and soul because we had the horns to do it and the guys to sing it.

Rock Cellar: What is the best cover of a Chicago song that you’ve heard?

Robert Lamm: I don’t think I’ve ever heard a great Chicago cover. The thing about the Chicago songs, I’m talking about the repertoire that we started out with, the songs that we still play, whether it’s “25 or 6 to 4,” “Saturday in the Park” or “Make Me Smile,” all these are songs that really require a band like ours to play. The thing about Chicago is the horns are not in the background. The horns are in the front. That’s the ticket.