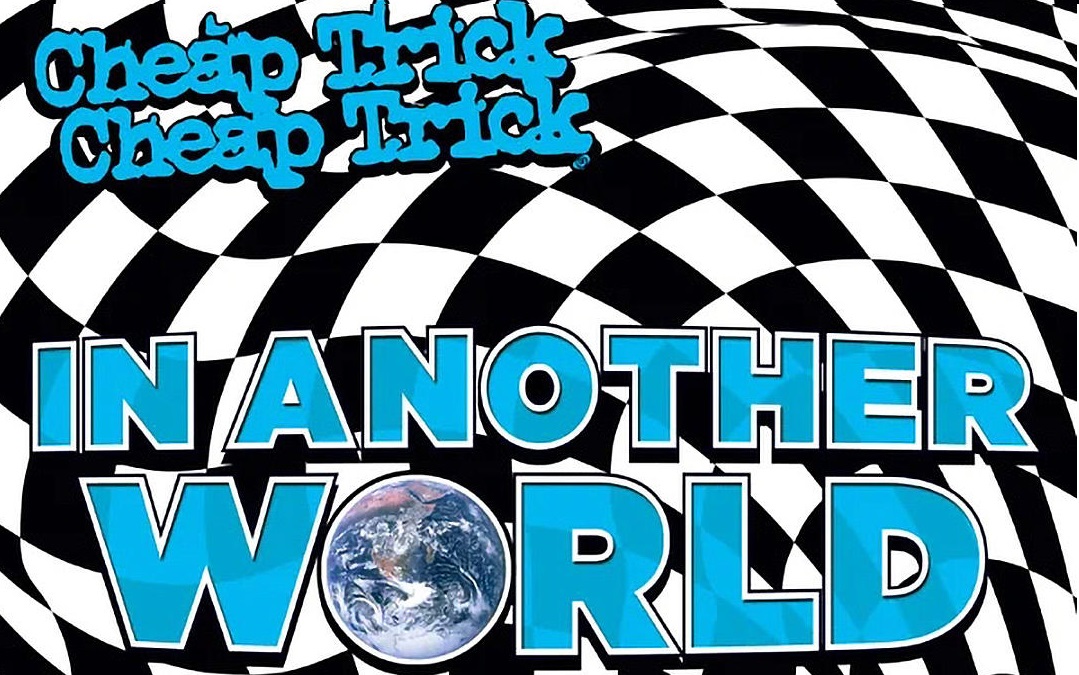 Cheap Trick, the power-pop icons and Rock and Roll Hall of Fame act with the respect of millions for decades’ worth of hard work, are back.

In Another World is the title of the group’s latest studio album, which was released on Friday. It’s the first new album from the group since 2017’s We’re All Alright! and Christmas Christmas, and was previewed in recent weeks with a handful of tracks, like the rollicking “Light Up the Fire”:

On the eve of the album’s release, Cheap Trick performed the track for The Late Show with Stephen Colbert:

On Friday, bassist Tom Petersson posted a message on the Cheap Trick social media channels regarding his recovery from recent open-heart surgery (that’s why he was seated during the Colbert performance):

A message from Tom Petersson: pic.twitter.com/Hf5BKXwzIA

That quote above really nails what’s at the center of In Another World. At this point in their storied career, Cheap Trick — Zander (vocals, rhythm guitar), Rick Nielsen (lead guitar), Petersson (bass guitar) and drummer Daxx Nielsen — don’t have anything to prove to anybody. Their efforts at new music come from a source of inspiration and a commitment to a craft honed over the years with precision and beloved the world over … and we’re all better off for it.

Tonight, April 9, iHeart Radio will be hosting a Cheap Trick album release party at 7pm ET. Hosted by iHeartRadio’s Jim Kerr, the event will feature an intimate conversation as well as an exclusive performance and needle drops. Fans can tune in to the video stream on iHeartRadio’s YouTube and broadcast across iHeartRadio’s Classic Rock stations.

In Another World is a confident collection of tunes by one of the most accomplished bands still doing its thing in these strange times.

It’s rock and roll, meant for the masses. Listen in below: