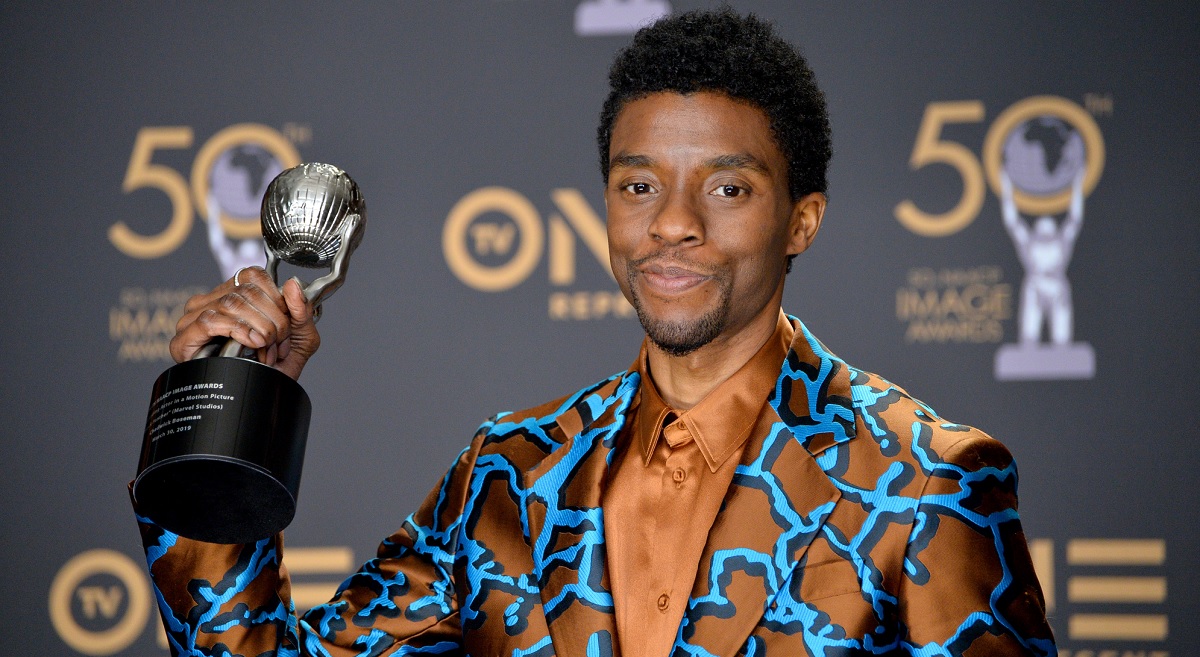 Late Friday evening, the news hit like a punch to the gut: Chadwick Boseman, actor and star of Marvel’s Black Panther film and a revered figure in and around the entertainment world, had passed away at the age of just 43 after a four-year battle with colon cancer.

This news was particularly unfathomable for many, considering Boseman’s cancer diagnosis had not been made public. Nobody knew he was suffering outside of his family and inner circle, which made the announcement of his death such a tragic surprise:

Our hearts are broken and our thoughts are with Chadwick Boseman’s family. Your legacy will live on forever. Rest In Peace. pic.twitter.com/YQMrEJy90x

“Chadwick’s passing is absolutely devastating. He was our T’Challa, our Black Panther, and our dear friend. Each time he stepped on set, he radiated charisma and joy, and each time he appeared on screen, he created something truly indelible. He embodied a lot of amazing people in his work, and nobody was better at bringing great men to life. He was as smart and kind and powerful and strong as any person he portrayed. Now he takes his place alongside them as an icon for the ages. The Marvel Studios family deeply mourns his loss, and we are grieving tonight with his family.”

We are devastated by the tragic loss of Chadwick Boseman. His transcendent performance in “42” will stand the test of time and serve as a powerful vehicle to tell Jackie’s story to audiences for generations to come. pic.twitter.com/8oU7QpdLSE

That means he underwent production on those films, press junkets and other various obligations while in the throes of a secret fight with cancer.

That’s powerful, and speaks to the man Boseman was — a concept echoed in many of the social media remembrances from his colleagues, peers and friends in the entertainment industry.

The impact of Black Panther was especially significant for the Black community, something Variety summed up well in its piece on Boseman’s death:

It’s difficult to overstate the impact “Black Panther” and Boseman had on the larger culture. The film was the first superhero movie ever nominated by the Academy Awards for best picture, earning six other nominations and winning three. More to the point, as Black Panther, Boseman presented to the world an image of a powerful and thoughtful Black man who was the leader of a thriving African nation and a superhero willing to race into whatever battle he felt was worth fighting, no matter the odds.

Before “Black Panther” premiered, he was asked by Variety about the possibility of making a sequel.

“I’m enjoying this moment,” he said. “If we start talking about sequels — if we do four of them, two of them, three of them — I just want them all to be special like this one.”

Boseman is survived by his wife and family.

Mr. Boseman leveled the playing field while fighting for his life… That’s heroism. I’ll remember the good times, the laughter, and the way he changed the game… #chadwickforever @chadwickboseman pic.twitter.com/IFfCSmLrhR

All I have to say is the tragedies amassing this year have only been made more profound by the loss of #ChadwickBoseman. What a man, and what an immense talent. Brother, you were one of the all time greats and your greatness was only beginning. Lord love ya. Rest in power, King.

I’m absolutely devastated. This is beyond heartbreaking.

Chadwick was special. A true original. He was a deeply committed and constantly curious artist. He had so much amazing work still left to create. I’m endlessly grateful for our friendship. Rest in power, King💙 pic.twitter.com/oBERXlw66Z

Chris Pratt, star of Guardians of the Galaxy:

My prayers go out to Chadwick’s family and loved ones. The world will miss his tremendous talent. God rest his soul. #wakandaforever

As well as others, including …

a better place for everyone, to get us all to a higher ground. Please let us love on his Dear Wife and Family. Wakanda Forever!!!

May you have a beautiful return, King. We will miss you so. pic.twitter.com/jdip3RHoXb

This is a crushing blow.

Rest In Power For A World You Changed With Talent, Compassion And Integrity. https://t.co/ssLW7Wj7W6

The death of Chadwick Boseman is an immeasurable loss for the entertainment industry, and he will be missed.

May he rest in peace, and may his family, friends — and the millions of young fans he had thanks to Black Panther — find comfort during this difficult time.