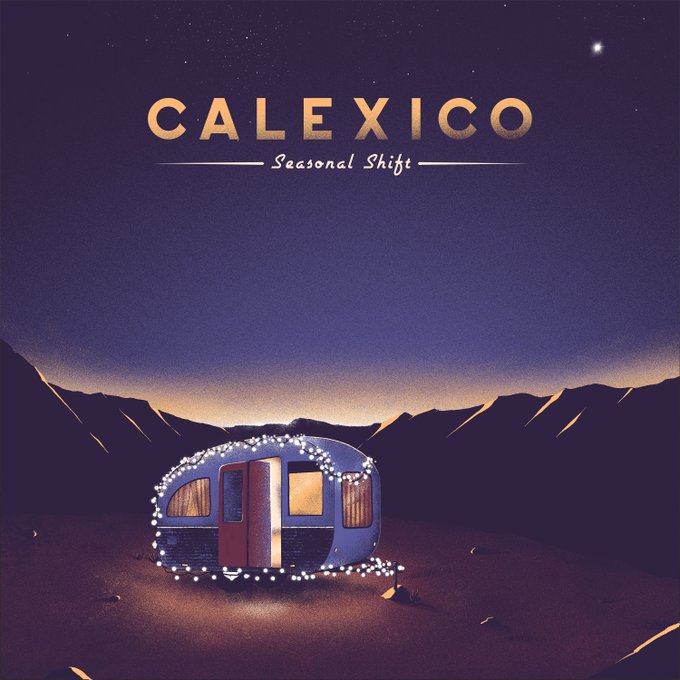 It’s a collection of songs put together in time for a release ahead of the winter holidays, but it’s more than a simple “holiday album.”

Per the album’s official description:

“Calexico’s Seasonal Shift is less of a Christmas album and more of a cross cultural seasonal celebration. The themes are based around that familiar end of year feeling, of reflection, of ceremony and of recognition of the year gone by and changes it brought for better and for worse. It’s heartfelt but fun, and earnest but celebratory.”

Click here to pick up Seasonal Shift from our Rock Cellar Store.

In addition to original material, Seasonal Shift includes covers of holiday classics from Tom Petty and John Lennon. There’s also “Heart of Downtown,” a noteworthy collaboration with Bombino that received a stylish music video ahead of the album release:

Said Joey Burns of the song:

“I wrote a chorus in French thinking that it would help bridge the gap from our world to [Bombino’s], hoping he would take whatever lines he connected with. Lyrically it is all about that bridge and compassion leading us through life changes. With the news of activist and Congressman John Lewis passing away, I was also thinking about some of the “good trouble” he embraced and the struggles he endured. The music is a celebration. I wanted to have something that reflected my sense of hope regardless of how dark these times can be. Hope is the key word.”

The track listing, which mentions the special guests joining Calexico throughout the record:

Listen to Seasonal Shift below, via Spotify: