Home / Bruce Springsteen: Hear the Boss Interview Dave Grohl + Eddie Vedder for Apple Music Ahead of ‘Letter to You’ Album Out 10/23

Bruce Springsteen: Hear the Boss Interview Dave Grohl + Eddie Vedder for Apple Music Ahead of ‘Letter to You’ Album Out 10/23 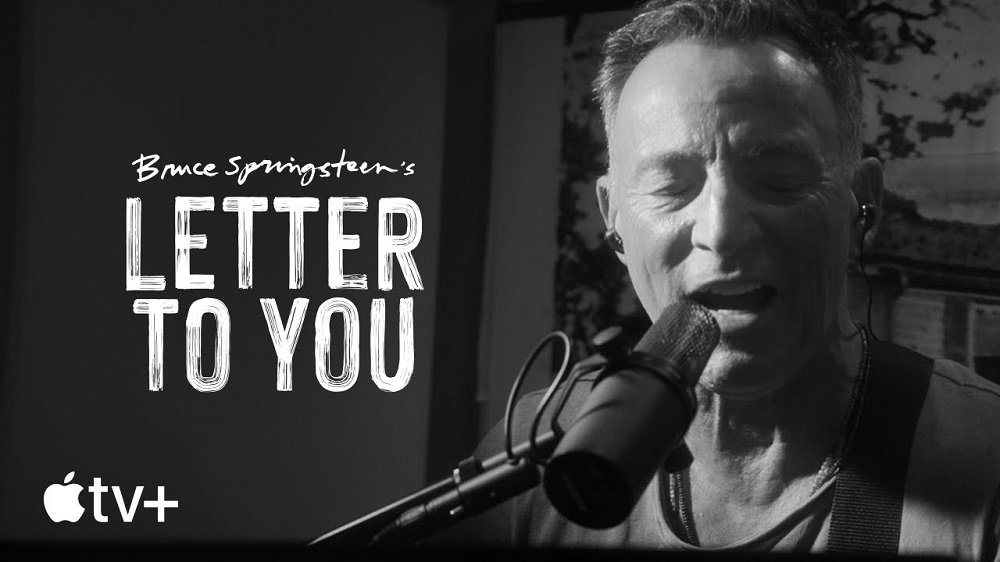 This Friday, Oct. 23, Bruce Springsteen will release Letter to You, an anticipated new solo album that marks his first recorded output with the E Street Band since 2014’s High Hopes.

He previewed the album with the songs “Ghost”:

And the title track:

Click here to pre-order Letter to You from our Rock Cellar Store.

In addition to the standard pre-release attention given to the album, there will also be a special behind-the-scenes documentary regarding the album’s conception premiering on Apple TV+ on release day. Here’s a preview:

On top of that, “The Boss” launched a five-part radio series titled Letter To You Radio on Apple Music:

Each episode acts as a love letter to his friends, family, and fans, where Bruce has intimate, career-spanning conversations with recognizable figures past and present, details the Apple Music series, and the latest installment shared this week is a chat between Springsteen and special guest music icons Eddie Vedder and Dave Grohl.

It’s very much a rare chance to hear a group of living rock and roll legends just chatting casually about whatever they want, and it’s a treat. Here’s a great snippet of Springsteen and Grohl’s conversation, via Spin:

“What was the difference between making that journey with Nirvana and making it with the Foo Fighters?” asked Springsteen.

“Well, probably just like you, I would imagine, you start playing music when you’re young, because something catches your heart, right?” Grohl said. “And for me personally, it was the Beatles. And I never imagined that I could be a Beatle. I never imagined that I could be one of the rockstars that I had in my record collection, or on posters on my wall. I just thought, to me, it was this puzzle. There was something about the puzzle of harmony, and composition, and arrangement. And I was obsessed with this idea that multiple instruments could create something emotional, or something that could make you feel. And that’s when I was like, eight or nine years old.”

You can listen to the whole Letter To You Radio episode via Apple Music, and listen to a few clips below.