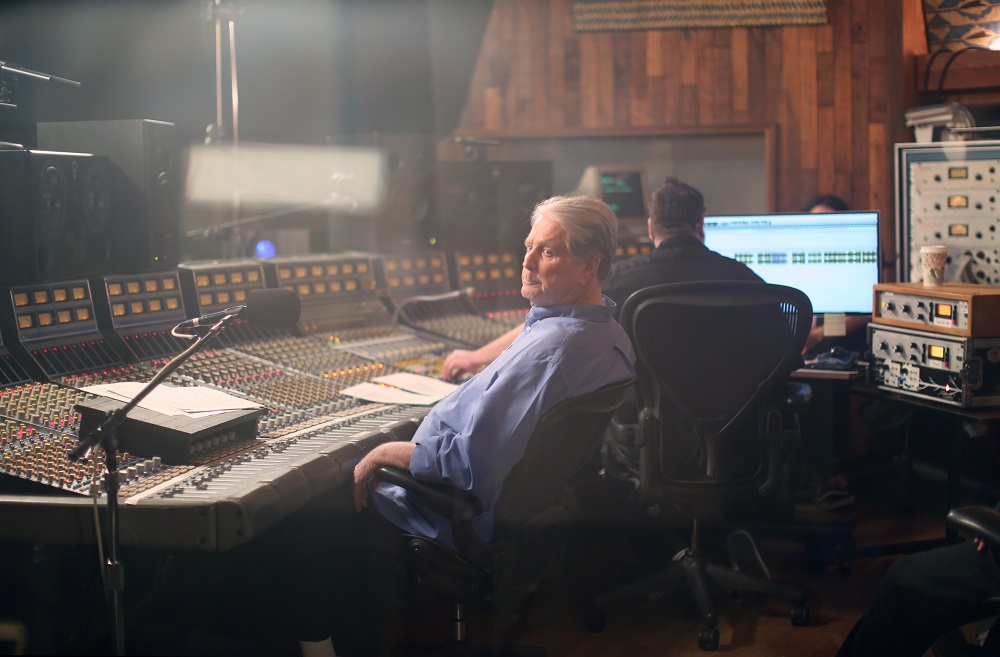 Back in April, the social media channels belonging to Beach Boys figurehead and musical genius Brian Wilson shared a poster for Brian Wilson: Long Promised Road, a new documentary film chronicling his life, career and legacy that was to premiere at the Tribeca Film Festival.

Fast-forward a few months and that doc has advanced in its release plans, with an announcement coming through this week that Screen Media acquired all North American rights to the film and plans to release it in theaters and video-on-demand sometime in November.

A synopsis of  the film, which was directed by Brent Wilson (no relation to Brian):

The deeply personal documentary finds the legendary songwriter, composer and producer reminiscing and reflecting with longtime friend and Rolling Stone editor Jason Fine. With Jason behind the wheel and Brian selecting the music, the two revisit many of the periods and locations integral in shaping Brian’s life. Weighing in are admirers and those close to him, including Al Jardine, Don Was, Bruce Springsteen, Elton John, Nick Jonas, Jim James, Jakob Dylan, Gustavo Dudamel, and Taylor Hawkins.

Punctuated with memorable concert, studio and interview footage, and graced by Brian Wilson and Jim James’ original song “Right Where I Belong”, recorded specifically for the film, this entertaining, informative and at times heart-tugging road trip provides both a first-hand, intimate look into Wilson’s storied life and further inspiration to anyone who has been touched by his music.

“As a lifelong fan, I knew this film would have to take some risks to give us insight into Brian’s complex world, I’m so glad to have found a partner in Screen Media who embraced the unique approach we took to sharing his story,” said Brent Wilson.

“From his days with the Beach Boys to his legendary solo efforts, Brian Wilson is a singular artist whose influence can be felt across every element of over six decades of pop music. He’s always been a bit of a mystery, but with Long Promised Road, we finally get an intimate look into Wilson’s music, legacy, and life. Screen Media is incredibly excited to bring his legendary musical journey to audiences across the country,” said Screen Media in a statement.

His is a career of undeniable influence and musical mastery, and the story of Brian Wilson is a complex one — and all signs point to Long Promised Road being a must-watch for even the most devoted Wilson/Beach Boys fans. Stay tuned for more.