Home / Queen’s Brian May Shares New Music Video for “Driven By You,” from Upcoming ‘Back To The Light’ Reissue (Out 8/6)

Queen’s Brian May Shares New Music Video for “Driven By You,” from Upcoming ‘Back To The Light’ Reissue (Out 8/6) 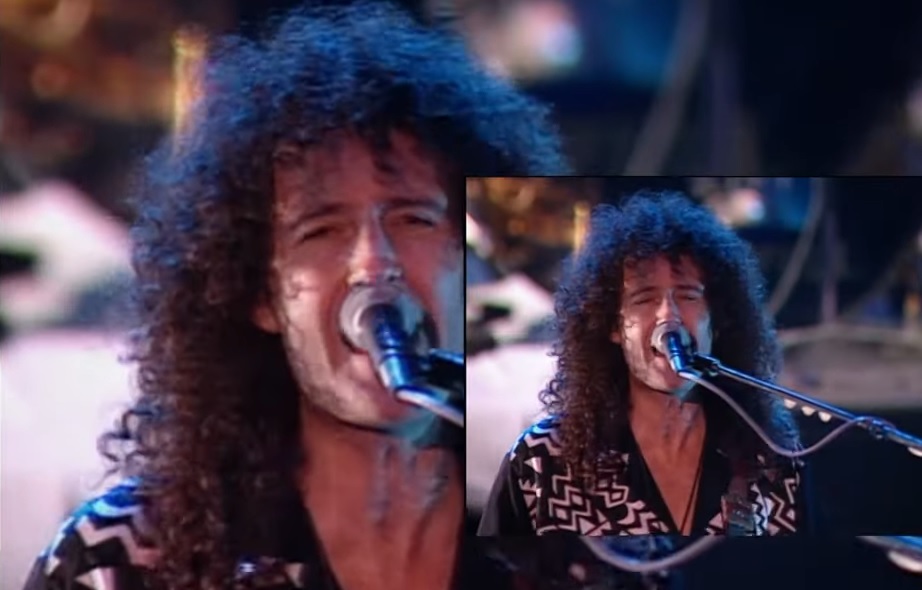 In 1992, Queen guitarist Brian May stepped out on his own for his first proper solo album, Back to the Light — and the record will be revisited for a near-30th anniversary reissue on Aug. 6, via UMe, as officially detailed earlier this week.

As a preview of the collection and to showcase the dynamic remastering work that went into the project, May on Friday shared a new music video for “Driven By You,” one of the album’s singles. Originally written for a Ford car commercial, the anthemic song sounds great in its new remastered version:

Said Brian May about the song’s back story in a statement:

“There’s a kind of mystery about writing songs. You never know where they come from. All I know is I was sitting around a swimming pool in Los Angeles with an ad producer. He’s sitting there sunning himself. I’m there with my future wife sunning myself by the pool, and we get talking. And he says, ‘Oh, you write songs don’t you?’ I said, ‘Yeah, I write songs.’ He said, ‘Well could you write a song for an advert? Have you ever done that?’ And I went, ‘No, I’ve never done it.’ He asked, ‘Would you like to?’ And I said, ‘Yes, I’d be very interested.’ He then asked me how I would feel about a slogan that goes, ‘Everything we do, we do for you’.

“And I went, ‘Yeah, I could relate to that’ because I can feel that in my own mind about my own self. And it got modified later on. It became ‘Everything we do is driven by you’ because it was about cars and I liked that even more. And as soon as he said that, I went off to the bathroom with my little tape recorder and sang some stuff into the tape recorder. I sang most of the verse and a bit of the chorus, which is the way it happens with me. Suddenly a light goes on and I could hear it in my head, I could hear the whole thing, ‘Driven By You’, and I wrote it for them, for the Ford Car Company, and completed it very quickly. I went into the studio when I got back, completed it quickly for them, and then they liked it.”

Brian May also expanded on how the song came about in terms of, per a news release, “how the song helped create a special understanding with Freddie Mercury in his final days and how the Queen singer encouraged his dear friend and bandmate to ‘find his wings’ in his solo career”:

“I played it to Freddie and I said, ‘Freddie, you know if this becomes a Queen track, which it might do, obviously you should sing it.’ He listened and went, ‘You’ve done it very well darling, and I think you should sing it’. Now whether that’s because he really did think I sang it well or just because he didn’t want to sing anything, I don’t know. But he said, ‘It’s beautiful, it’s great, it’s very complete in its own way, you should do it.’ And he said something very profound at the time. He said, ‘You know we’re all thinking and wondering what’s going to happen to me, and you don’t have to feel embarrassed about it. You know you should be thinking about your solo career at this time and if this is the beginning of your solo career then it’s a very worthy beginning. This is probably the beginning of your finding your wings as you need to do.’ So Freddie was very far-sighted and very generous as always and sort of gave me permission to do this as a solo track, which I did.

“I rewrote the words as a piece of relationship therapy, you know, ‘Everything I do is driven by you’ and put it out as a single and it was a hit. So it was a nice boost to me to feel I could do things on my own. I wasn’t just a piece of Queen. And that’s what I believe about the core of songs; sometimes you don’t know why you’re writing them. You don’t know where it’s coming from, but it can be channelled into a way which makes sense in various ways. And things are always about life for me; they’re always about relationships. Either my relationships or relationships with people around me. It’s about humans interacting. That to me is the most exciting thing in the world; the most important thing and the hardest thing to get right in your life. A lot of people can do great stuff. You know, fly aeroplanes, go to the Moon. Relationships… not so easy. So it’s about that as always.”

The Back to the Light reissue will be made available from Brian May in a variety of formats, including regular CD, LP and a box set. Here are the full details for the box set, which is a limited release:

The original album newly remastered by Bob Ludwig from the original master tapes and personally overseen by Brian May. The CD is presented in a 6 panel digipak with a 24 pg booklet containing rare photos and album notes. The second disc, Out of the Light, contains alternative versions, B-Sides and live tracks. The LP is presented in 180g heavyweight white vinyl in spined sleeve with printed inner bag. The whole package comes in a 12” lift lid box with 2 X CDs in wallets and enamel badge.