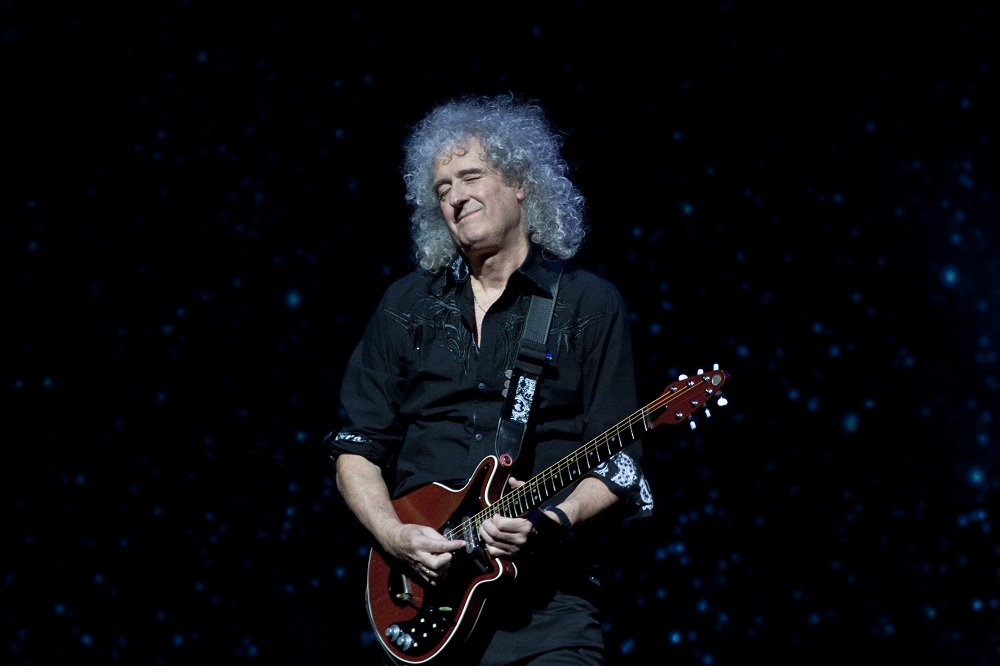 In a new interview with The Independent geared around last week’s reissue of his 1992 solo debut, Queen guitarist Brian May tackles a number of topics, with some pointed words regarding those who reject the COVID-19 vaccination efforts — namely, fellow English music legend Eric Clapton.

Clapton has been very vocal regarding his perspective over the past year or so. From teaming up with Van Morrison during the singer/songwriter’s batch of “anti-lockdown” song premieres to speaking out against symptoms he attributed to his obtaining the AstraZeneca vaccine, “Slowhand” has found himself in the crosshairs of controversy for much of the pandemic.

May, on the other hand, has also been vocal with his support of the scientific and medical communities’ urging of folks to get the vaccine, so he didn’t shy away from some targeted criticism when asked by The Independent to share his thoughts:

“I love Eric Clapton, he’s my hero, but he has very different views from me in many ways. He’s a person who thinks it’s OK to shoot animals for fun, so we have our disagreements, but I would never stop respecting the man. Anti-vax people, I’m sorry, I think they’re fruitcakes. There’s plenty of evidence to show that vaccination helps. On the whole they’ve been very safe. There’s always going to be some side effect in any drug you take, but to go around saying vaccines are a plot to kill you, I’m sorry, that goes in the fruitcake jar for me.”

Brian May also criticizes U.K. prime minister Boris Johnson for how he handled the pandemic:

“At every point he did too little, too late,” he says. “Hundreds, if not thousands of our relatives died because of bad advice and because of the bad decisions that Boris made with Hancock and those other people. If he’d taken the precautions of shutting down the borders a year earlier, we wouldn’t have been in the situation we were. And the fact that he’s willing to trade lives quite openly for economic gain, I find horrific… completely unacceptable. It’s like Winston Churchill going out in his garden and seeing the planes overhead and the bodies and going ‘the bombs are dropping! The bombs are dropping! Should we hide? No, actually let’s think of the economic consequences of hiding…’”

Brian May: ‘I nearly drove off Hammersmith Bridge – I couldn’t cope’ https://t.co/CSLalmTlZ1

Other topics covered in the conversation between Mark Beaumont and Brian May include Queen’s pre-COVID touring with Adam Lambert, May’s 2020 heart attack recovery and more.

Click here to read the full, revealing chat with May from the Independent.