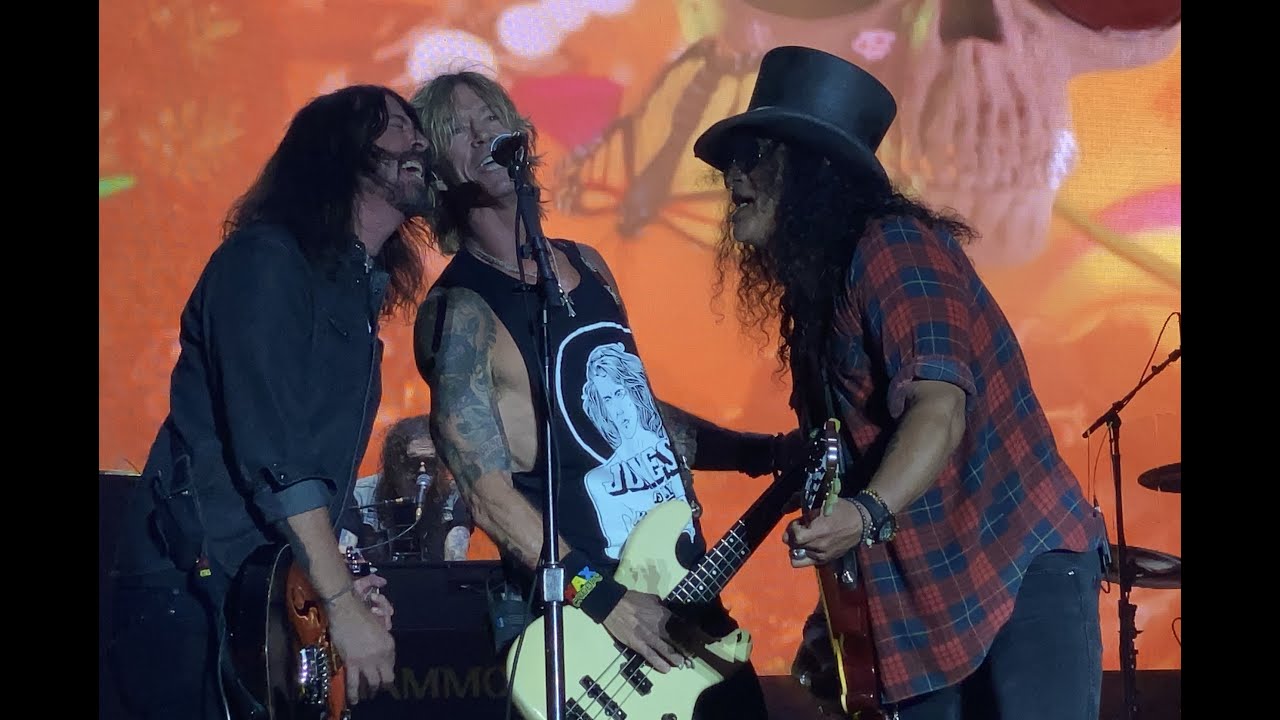 Those moments in the live concert setting when the sound suddenly cuts out without warning are undeniably strange. Whether a technical issue or something else, it can make for a confusing scene, fans in the crowd screaming “turn it up!!” to no avail. That’s precisely what happened this past weekend at BottleRock Napa Valley, at perhaps the most inopportune moment imaginable — during the headlining set from Guns N’ Roses when Dave Grohl of the Foo Fighters showed up to play guitar and sing along with “Paradise City.”

Due to the fest’s strict local sound ordinances requiring a 10 p.m. curfew, the sound abruptly shut down in the middle of the song, making for a weird scene. It’s no fault of the festival’s, as all outdoor festivals have to adhere to these types of guidelines, but it was an odd sight nonetheless.

And the same video, queued to the sound issue:

Grohl showed up on stage as a surprise guest ahead of the Foo Fighters’ own headlining spot on Sunday night.

“Paradise City” was the 23rd and final song from Guns N’ Roses on the night, with fans singing along in place of the actual music, which had no amplification once the curfew hit. Foo Fighters’ own set the next night, it seems, concluded prior to any similar curfew problems.