Blink-182 bassist/vocalist Mark Hoppus is a “dad” on the most “online” sense of the word. He tweets puns and “dad jokes” frequently on social media, and he’s often amused by things that those who spend hours on end staring at the internet every day are amused by.

On Wednesday, the veteran pop-punk dads premiered a new music video for “Darkside,” a song off the band’s upcoming album Nine, which will be out Sept. 20. The energetic song featuring dual vocals between Hoppus and guitarist/vocalist Matt Skiba features lyrics concerning a potential relationship, but the video does … not.

Here's a video for Darkside with a bunch of kids doing dances we don't know. https://t.co/cgGV5QbOK1 pic.twitter.com/42xKbzyDJC

Instead, the video is an amusing blend of performance clips of Hoppus, Skiba and drummer Travis Barker playing in a middle school gym while a fleet of children in red shirts do all those dances you see kids doing everywhere you go these days. The “floss dance,” for one, and a bunch of others that you’ll often spot kids doing at baseball games, the mall, the park, pretty much anywhere kids gather.

I think they’re all mostly from the video/mobile game “Fortnite,” but who knows for sure.

I don’t know if Hoppus, full-on “Dad Joke” meme come to life, was the direct inspiration behind this video, but the internet clearly was. This video is a meme acted out in real life, and it’s hilarious.

As for the band’s new album, here’s its track listing:

As well as their remaining tour dates alongside Lil Wayne and Neck Deep on the entertaining Enema of the State 20th anniversary tour: 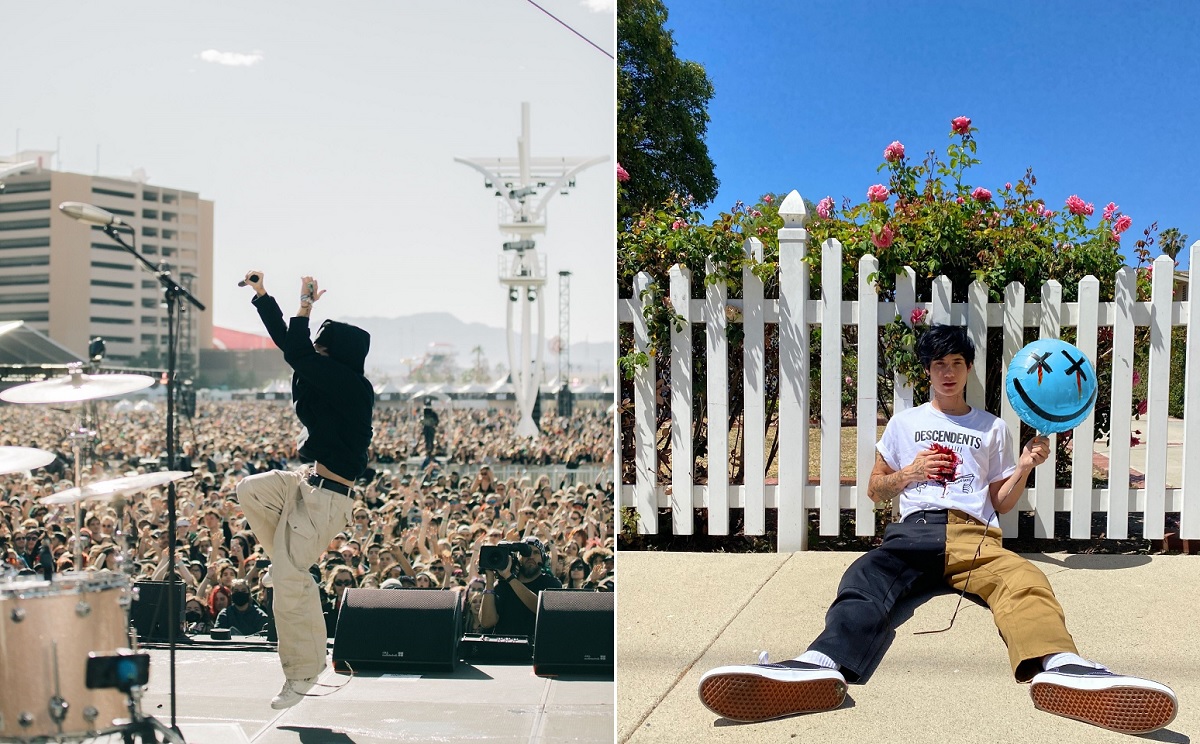