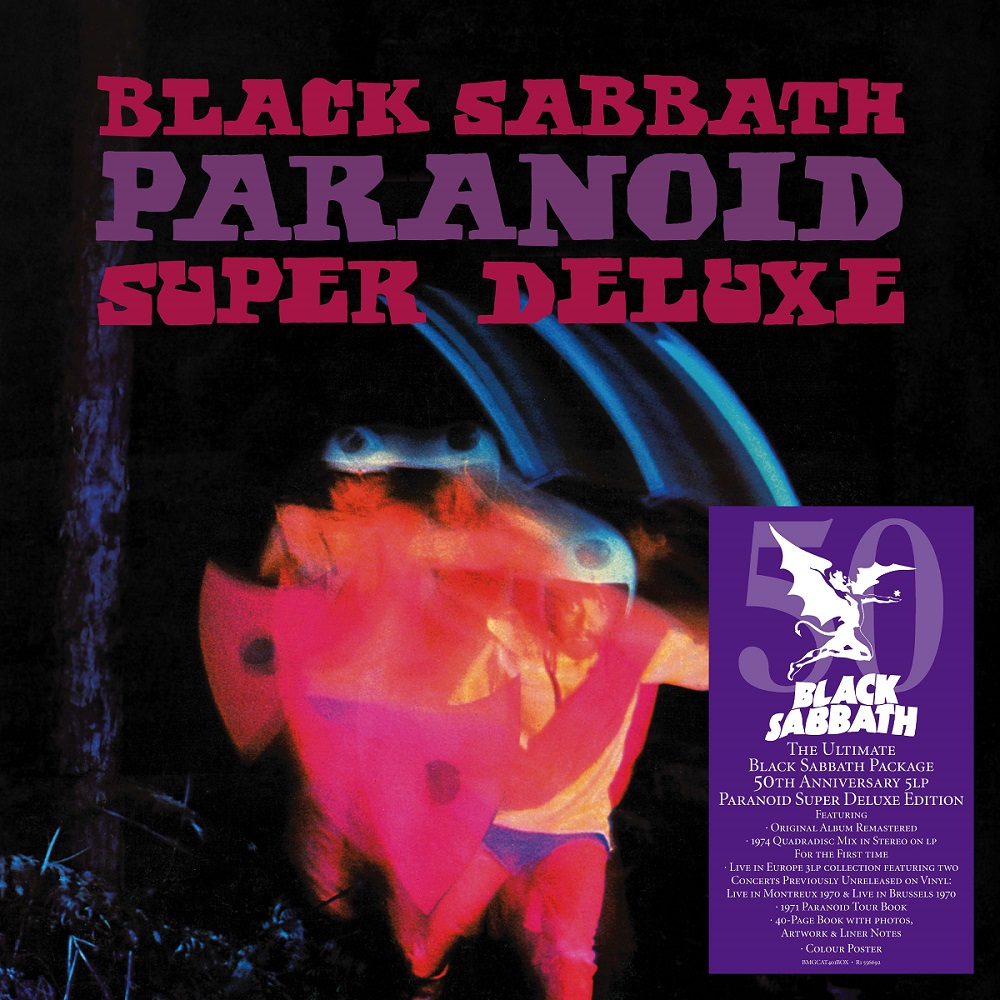 In September 1970, Black Sabbath unleashed Paranoid — the heavy metal gods‘ second album. It was a significant musical achievement, to say the least, and would go on to cement the band’s legacy as one of the most groundbreaking, haunting and dynamic bands to ever take up the practice.

The record, which boasts Sabbath classics like the title track, “War Pigs” and “Iron Man,” celebrates its 50th birthday in 2020. To commemorate the landmark anniversary, Rhino Records has a special Deluxe Edition on tap.

The fancy reissue set will be available on Oct. 9, and was announced by Sabbath’s social media pages on Thursday:

The bells and whistles accompanying this release are quite detailed:

PARANOID:  SUPER DELUXE EDITION includes the original album, in addition to a rare 1974 Quad Mix of the album folded down to stereo, plus two concerts from 1970, from Montreux and Brussels, that are pressed on vinyl for the first time. The five-LP set comes with a hardbound book with extensive liner notes featuring interviews with all four band members, rare photos, and memorabilia, a poster, as well as a replica of the tour book sold during the Paranoid tour.

In Sabbath-related news, Ozzy Osbourne provided a health update in a recent SiriusXM interview, noting that he’s “about 75% there” after undergoing spinal surgery. Best wishes on your continued recovery, Ozzy!