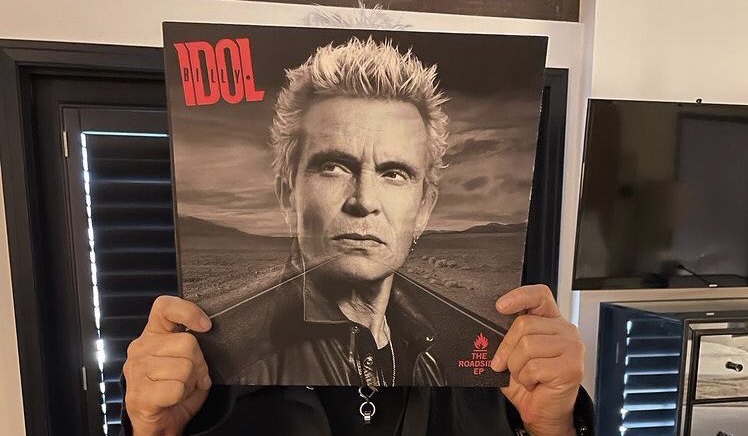 The song was a preview of The Roadside EP, a new collection of songs produced by Butch Walker that serves as Idol’s first release since 2014’s Kings & Queens of the Underground.

“The Roadside” EP is out now! Buy, download, or stream: https://t.co/ZYZQgP3qjp
Tracklist:
1. Rita Hayworth
2. Bitter Taste
3. U Don’t Have To Kiss Me Like That
4. Baby Put Your Clothes Back On@darkhorserecs pic.twitter.com/22jpN0FrXX

The EP was officially released today, Sept. 17, and literally begins with a growl/snarl from Idol on “Rita Hayworth,” an anthemic mission statement for the set that explodes with energy:

We’re all actors
I play you, you play me
in this scene of
wannabes and abusers

The EP marks Idol’s Darkhorse Records debut — a label with a notable backstory. Per a news release:

The Roadside is Idol’s first release on the newly relaunched Dark Horse Records, a label initially created in 1974 by George Harrison and now led by Dhani Harrison and David Zonshine. Other artists currently on Dark Horse include George Harrison himself, Joe Strummer and Ravi Shankar. “I couldn’t be more excited to welcome Billy Idol to the Dark Horse Records family. Billy is a legend, and his music couldn’t fit the Dark Horse persona any better. I’ve loved his music throughout my whole life, so to be able to give this new music a home on our historic label is a massive honour,” says Dhani Harrison.

The new songs feature Idol’s longtime guitarist and collaborator Steve Stevens, with a news release noting that Roadside “was conceived, recorded, and mixed almost entirely under the shadow of the pandemic.”

Said Billy Idol of “Bitter Taste” and its stark video:

“I think everyone has been feeling more reflective (during the pandemic). So, it seemed quite logical and natural to write something about my motorcycle accident,” Idol explains. “Certainly, the motorcycle accident was the catharsis, the wake-up moment. A little bit of me got left on that roadside. But it wasn’t necessarily a bad thing in the end; it was a wake-up call. Maybe on that roadside I left behind the irreverent youthful Billy and opened the door for a more attentive father and a more sensitive musician.” 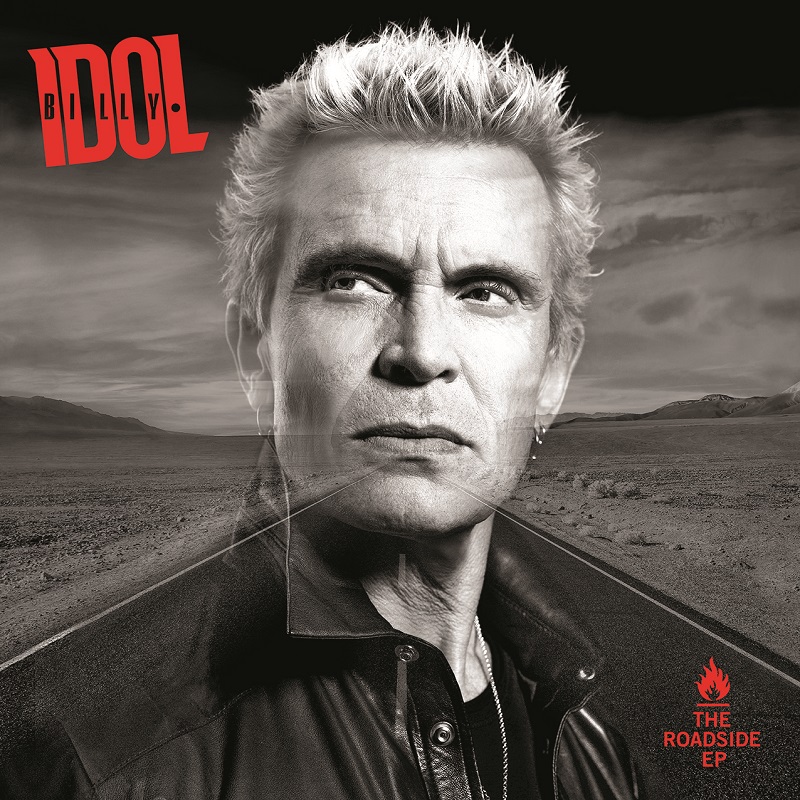 The new song comes on the heels of Idol appearing with Miley Cyrus at Lollapalooza, where they performed “Night Crawling,” their collaboration featured on Cyrus’ 2020 album Plastic Hearts.

The Roadside EP finds Billy Idol is a powerful show of might and musical fortitude from the iconic entertainer, especially coming seven years after his most recent release. Perhaps inspired by his work with Cyrus, the decision to team up with Walker also worked out especially well, updating Idol’s sound somewhat for the present day while still retaining many of the signature elements that have made him a legend in the industry over the years.

Stream the EP below.