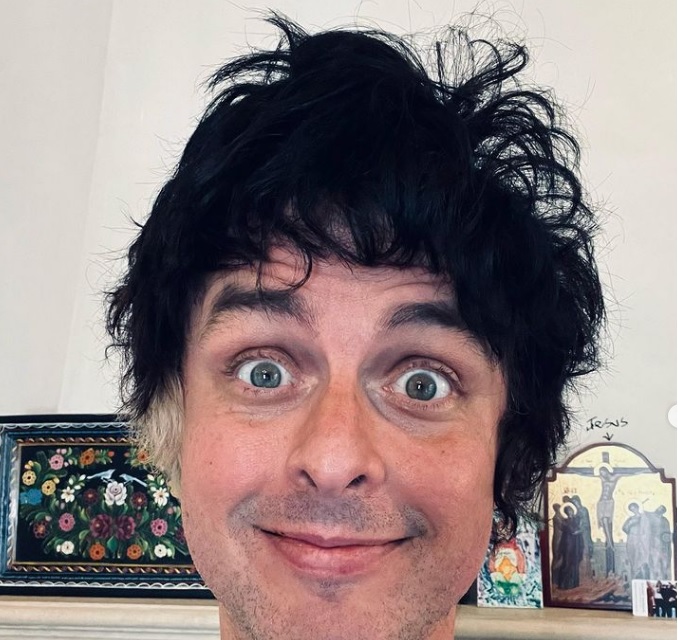 Thanks to local authorities in Southern California, Green Day front man Billie Joe Armstrong saw his prized 1962 Chevy Nova returned to him, ending a search that began after it was stolen from a home in Costa Mesa last weekend.

Armstrong shared the good news in a social media post on Wednesday:

FOUND MY CAR!!
False alarm.. turns out I forgot where I parked it… KIDDING! Truth is the person that stole it left it parked. Joy ride? Maybe.. who knows. We live in desperate times. Thank god It’s all in one piece. No damage. Thank you thank you to everyone that searched for my Chevy. 🙏🙏🙏.. love you all.

The Daily Pilot reported that the car was found abandoned:

Costa Mesa Police Department spokeswoman Roxi Fyad confirmed Wednesday the vehicle was recovered by sheriff’s deputies Tuesday in a portion of unincorporated Orange County, near the city of Orange, after a CMPD detective acted on tips from the public and asked deputies to be on the lookout.

The vehicle was found empty and no arrests have been made, Fyad reported.

No arrests have been made in this incident and no other items that were stolen have been recovered.

We thank the public for reporting sightings which assisted in the recovery of the vehicle. We also thank the Orange County Sheriff’s Department for locating the vehicle.

With this headache out of the way, Billie Joe Armstrong can now turn his attention to the weekend. He and his Green Day band mates Mike Dirnt and Tre Cool will participate in the Super Bowl Music Fest event at Crypto.com Center in Los Angeles, sharing the stage on Feb. 12 with Miley Cyrus as part of the festivities building up to Sunday’s Super Bowl LVI from nearby SoFi Stadium in Los Angeles.