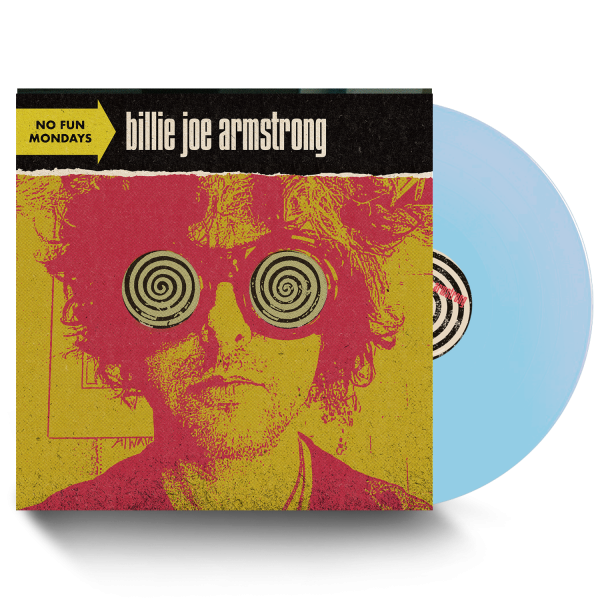 In normal, non-COVID-19 pandemic circumstances, Green Day would have spent much of 2020 on the road on the planned Hella Mega Tour alongside fellow rockers Weezer and Fall Out Boy. Instead, that tour was pushed to Summer 2021 as Billie Joe Armstrong, Tre Cool and Mike Dirnt — like the rest of us — have to wait for a still-yet-to-be-seen time during which it will be safe to resume live concerts.

Stuck at home in Northern California, Armstrong devoted much of his time to a weekly series of cover songs paying homage to his musical heroes — and on Nov. 27, he’ll release his collection of No Fun Mondays covers as an album.

(Click here to pre-order No Fun Mondays from our Rock Cellar Store).

From the moment it began, No Fun Mondays was a near-constant source of entertainment from Armstrong, a punk rock icon whose music is steeped in the history and legacy of those who came before.

His covers have included faithful renditions of classics like “Kids in America” by Kim Wilde and, later, the Muffs:

A team-up with Susanna Hoffs of the Bangles for “Manic Monday”:

As well as “That Thing You Do!,” in memory of late Fountains of Wayne songwriter Adam Schlesinger:

A timely cover of “Police on My Back,” first by the Equals and later by the Clash:

And beyond. Some of Armstrong’s covers have skewed a bit obscure, revealing the depth of his musical inclinations:

And “War Stories” by the Starjets, a perhaps not well-known and short-lived New Wave/punk band from Belfast: