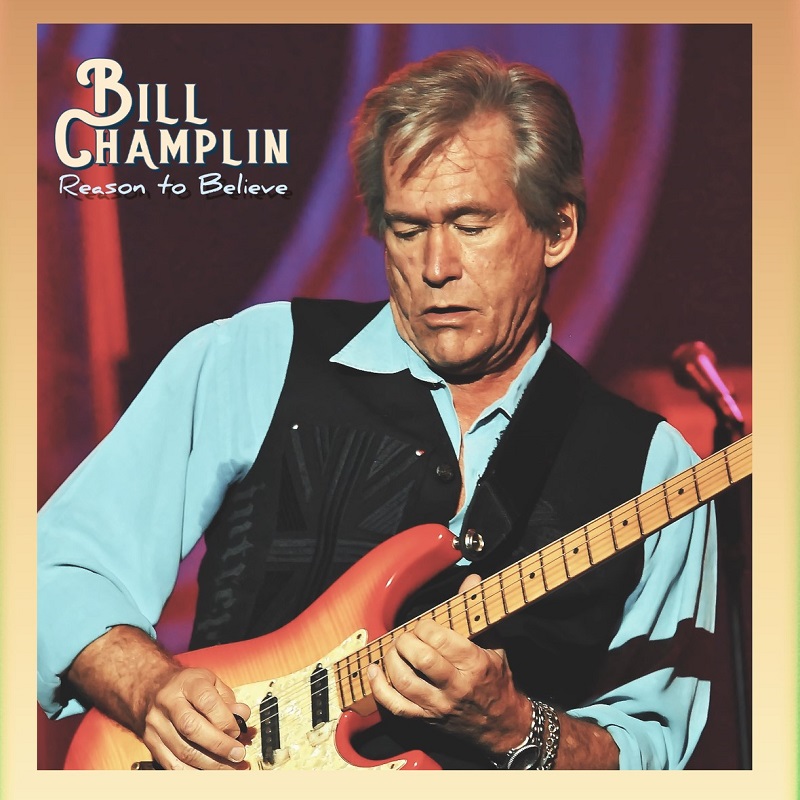 It will be his first solo album in almost a decade, per a news release, and was previewed on New Year’s Day with a song called “Reason to Believe.”

Said Champlin in a statement accompanying the song:

“Hey everyone, this is Bill Champlin. I just wanted to letcha’ know that my new album Livin’ For Love has got a new home. Bob Winegard, at Imagen Records, loved the music and we’ve decided to work together on the Digital Release of the new album. We’re both hard at work coming up with ways for people to know that it’ll be available in the usual places: Spotify, I-tunes, etc etc. Bob has Steve Nathan working on opening up my visibility factor. I’m very happy that Bob’s team is “Taking the bull by the horns” and working on getting this record heard. Imagen has great world wide distribution in place and I’m sure it’s gonna’ be a good thing. My wife Tamara and I will be simultaneously releasing CD versions at billchamplin.com/shop. I know some of my friends really like CD’s with info about the songs in the booklet. I’m sure we’ll be putting a link out that you can use to get lyrics and credits if you just do a digital thing. Now, the music. Many of you have heard my stuff over the years and may think you know what this one sounds like. I think it’s the best album I’ve ever made and anyone who’s heard it agrees. Imagen Records will be releasing a single, right around New Year’s Day, so you can get an idea what “Livin’ for Love” is about. A lotta’ good songs and great playing. Anyway, I digress; I want to say how proud I am to be doing this with Bob Winegard and his whole team on Imagen Records. Onward and Upward. Be safe, Be good, Be Baaaaaaad.”

Over the years, Bill Champlin has established himself in the music community through a number of projects, including solo material and his band, Sons of Champlin, which he formed in 1965 and still exists today.

Additionally, he was Chicago‘s vocalist from 1981 until 2009, and provided lead vocals on three of the band’s biggest 1980s hits, including “Hard Habit to Break,” “Look Away,” and “I Don’t Wanna Live Without Your Love.”

Stay tuned for more regarding Bill Champlin and his new record.