Home / Behind the Curtain: Andy Summers of the Police

Behind the Curtain: Andy Summers of the Police 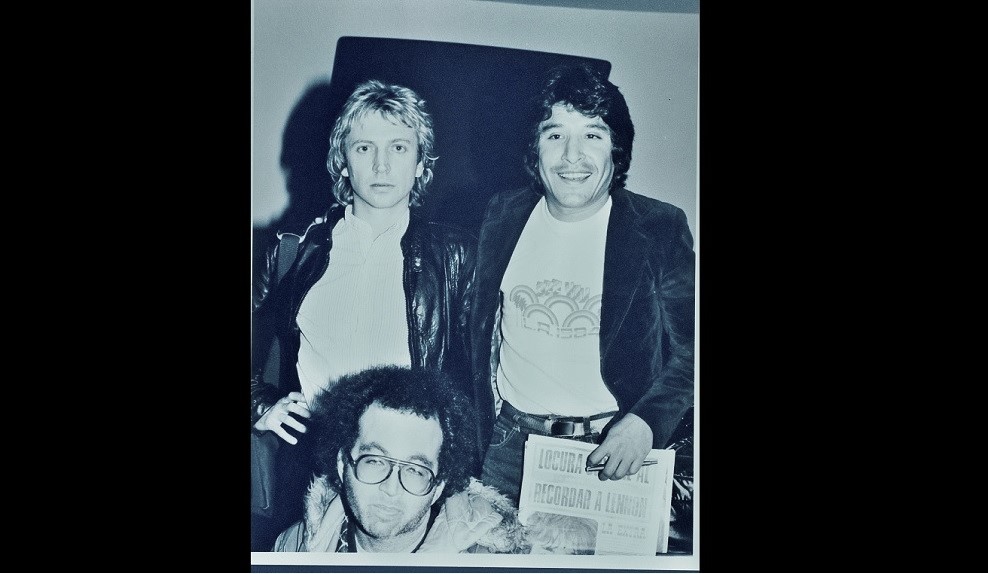 When Andy Summers plays guitar, you imagine his fingers dancing on the fretboard in some mad choreography of echoes, reverbs, jazzy little ghost notes and hypnotic arpeggiated chords. Spinning, jumping and leaping about the neck like some mad ballerina or when he’s playing something fierce and wild, his digits moving about like a crazy modern dancer. His tone is glassy and crystalline and soars and cascades like water flowing in a river. Your head is filled with the imagery of eagles in flight and great, vast vistas filled with nothing but the panoramic electricity of his guitar.

Even the music he plays with the Police has a sort of majesty and positive energy about it. The harmonic changes are uplifting and infuse the listener with a sense of joy. After listening to the Police’s music and the passionate spirit in Summers’ playing, you feel triumphant in your own mind — you feel good about the world.

But that’s not the vibe you get meeting the cat or talking to him on the phone. Oh, no! During several encounters — both in-person and on the telephone — I came away feeling less than warm and fuzzy. It’s not that he was a particularly mean or angry dude, but he had a streak of sarcasm that could rear its ugly head from time to time. He came across as glib, insincere and pompous, as if his membership in the Police exempted him from the normal civil code of conduct everybody else was supposed to adhere to.

The first time I met Andrew James Summers was at a press conference sometime around 1979 and the release of Reggatta de Blanc. Back in the day, press conferences were all the rage, especially for international journalists. I was in a unique position inasmuch as I was an American writer working in the U.S. and writing for Player, a Japanese publication, so I would oftentimes be in a conference room with rock writers from Asia, Germany, France, Mexico, and everywhere else around the globe.

A&M Records, the Police’s label, gathered together all these foreign journalists where they would ask questions of the band and in this way the label could secure press in multiple publications all over the world in one single shot. In fact, if you look closer at the strange symbiosis of a press conference — the connection between writers and band — the groups who typically engaged in these types of media events were the bands who really didn’t want to do one-on-one interviews. In other words, they wanted the most coverage by exerting the least amount of energy, and what better way to generate stories in dozens of periodicals and magazines than through a press conference?

No wonder, then, that the underlying feelings shooting off the podium that day were a mix of sarcasm, derision and virtual hostility. It wasn’t exactly Police brutality but it was close.

Sitting there in one of the larger rooms at A&M Records located at the corner of Sunset Blvd. and La Brea Avenue [A&M was originally the production facilities for silent film star, Charlie Chaplin], I waited there along with a phalanx of other foreign scribes. Finally, Summers, Sting and Stewart Copeland filed into the room amidst the click and flash of dozens of cameras. I had placed my cassette player alongside a litany of other tape machines on the table at which the trio was seated. I stepped forward to hit the record button and then retreated to a spot back in the crowd.

Journalists’ names were called out by the label publicists and everybody asked their questions. Here is an early question and response from Summers and his band mates:

You have roots in reggae?

Stewart Copeland: We’ve got the reggae roots? Well my roots are showing. They start showing about every six weeks until I do my hair again.

Summers: We swap them around actually.

Summers: They’ve been ripping us off all along.

It was a totally legitimate question, but the band’s response turned the query into something meaningless and small and totally embarrassed the writer who’d asked it.

The thing that sucked about a press conference was everybody walked away with the same quotes. If you were multi-lingual and read the music papers the following day from Japan, Sweden and Mexico, you’d be reading the same content. So writers would oftentimes ask questions that only pertained to their specific readership.

Is Japan an important spot for you?

Sting: No [eliciting a nervous laugh from the writer].

Summers: But it will become because we’re doing quite well there. I can’t wait to get back to those massage parlors. We’re gonna find out where it is on the map so we’re going over.

Had the room been filled with American journalists, they would have understood the comment, though probably wouldn’t have found it very funny either. The Japanese writer who had posed the question only knew the band was making fun of him and didn’t understand the supposed underlying humor of Andy’s remark.

I honestly felt sorry for that dude. Japan was a huge supporter of the Police at that early juncture in their career and pissing off Asian press wasn’t a particularly bright thing to do.

Two years later in 1981, A&M Records once again brought the band together for another press conference for international journalists and yes, they were still sarcastic and yes, Summers took his shots wherever he could take them. But at the same time, Andy revealed a deeper insight with his responses. He was obviously a true lover of the guitar, and when he stayed away from sarcastic or chastising comments, his remarks were truly delightful.

I came away with a slightly different impression of the guitarist that second time. Every word out of Andy’s mouth wasn’t laced with sarcasm, but in the company of Sting and Stewart, a lot of what he said wasn’t very nice.

In 1989, I’d interview Andy for the first time one-on-one. He had an amazing studio in Venice, California with every bell, whistle and toy you could imagine but from the outside, it was camouflaged by a nondescript aluminum exterior. Mysterious Barricades had just been released and the label had arranged for me to meet the guitarist.

Just a few hundred yards from the water, the front façade of the studio shined brightly in the West Coast sun. Andy was already at the studio when I arrived and seemed cordial enough. We talked about the new album and the gear and walked around the studio while he described various Telecasters, Stratocasters and bizarre acoustic instruments hanging on the walls. We must have spoken for about an hour and every time I asked a question I did an invisible flinch because I was waiting for the Summers storm of sarcasm to rain down on me. But I have to be honest — Andy was charming and funny and never went to that dark side.

Maybe he was on his best behavior because he no longer was part of the Police juggernaut — they’d broken up in 1986 — and launching a solo career was an entirely different beast than playing “Roxanne” every night.

Or maybe — and I’d like to believe this but know it’s not true —  single one of my questions were perfect and touched him in some deep, intimate place and all he could do was respond in illuminating and inspired ways. That’s entirely unlikely, but my memories of that sunny summer day still make me smile.

Andy and I spoke again nearly 20 years later in 2008. The Police had reformed and were out on a world tour. Andy was calling me from Australia and from the moment I picked up the phone, I could tell what kind of conversation was awaiting me. There was something in his voice that suggested, “I wish I was talking to anyone but you.”  Still, I fought through his ennui and tried to get him to answer questions. Again, if my memory serves me correctly, this was an interview for Player, so many of my queries were about guitars and what kind of rig he was using on the road. He knew we’d be talking about this type of thing because he knew Player was a musician’s magazine.

(Below, listen to that 2008 interview with Andy Summers, as featured on Steve Rosen’s YouTube channel🙂

Before I even posed my first question, he said, “Is this going to be a technical interview or are we going to talk about music?”

I finished the interview but only half-heartedly. Though I talked with Andy last year about the Triboluminescence record and though he was open and gracious with his responses and didn’t offer up even a hint of the trash talk I’d come to expect from him, my overriding memories of him aren’t positive ones. 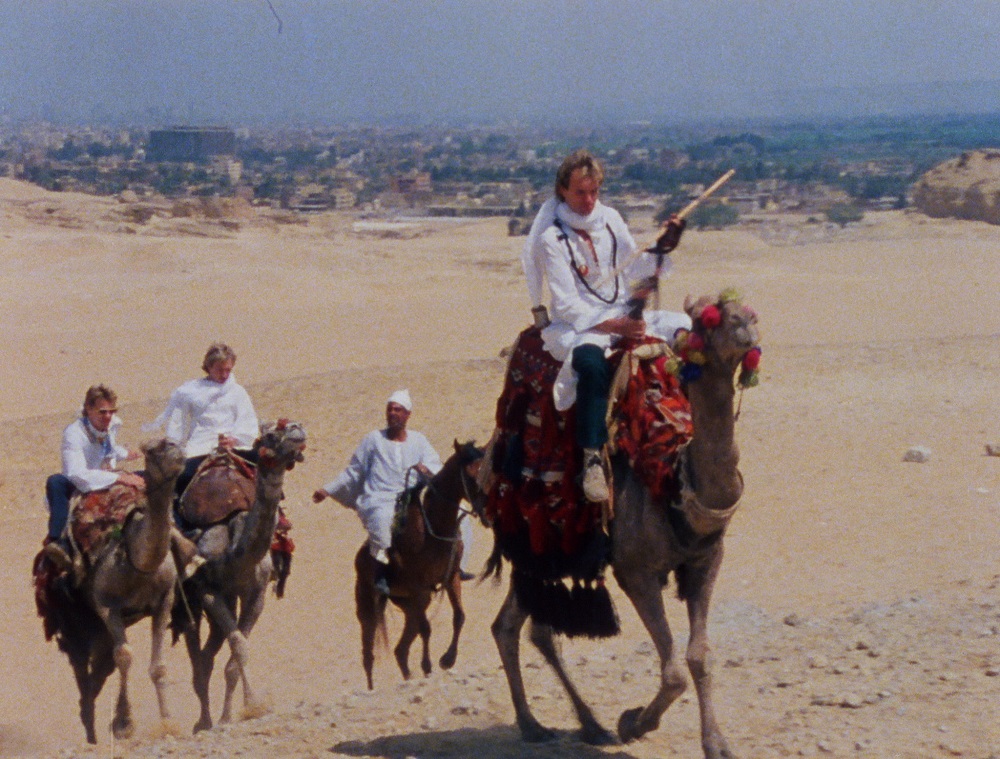