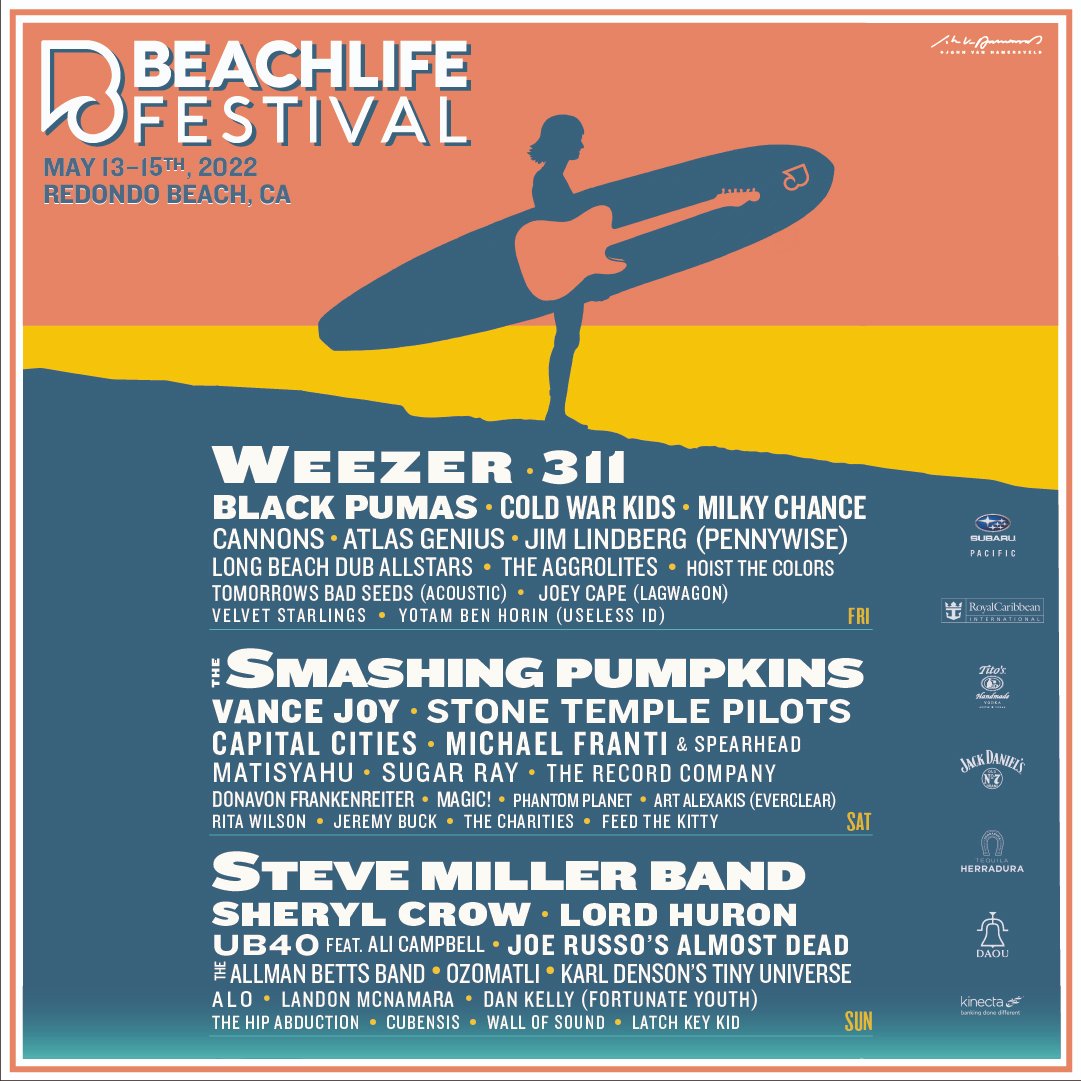 On May 13-15, 2022, a number of musical acts spanning genres and eras will convene in picturesque Redondo Beach, California for the BeachLife Festival — and this year’s event looks like another slam-dunk from organizers.

The festival has a uniquely Southern California feel, thanks to its beach setting, and this year’s lineup will feature, over the course of its three days, headlining acts including Weezer, 311, The Smashing Pumpkins, The Steve Miller Band and Sheryl Crow.

Click here for a photo gallery of the 2021 BeachLife Festival, capturing the essence of the weekend.

Three-day GA passes start at $419+, with a number of additional ticket options (including single-day passes) available now on the festival website.

Here’s the full lineup and details for other events besides the music:

BeachLife will feature music performances on four stages: HighTide Stage (main), LowTide Stage, RipTide Stage and the SpeakEasy Stage. While the first three stages are standard festival-produced stages on the waterfront, the fourth stage, The SpeakEasy Stage, presented by Jack Daniel’s, is curated by Pennywise frontman / solo artist / author Jim Lindberg and provides intimate and stripped down acoustic performances from some of punk, surf, and rock’s top names.

Philanthropy and Communityis ever important to BeachLife Festival. They support many organizations in Southern California’s South Bay community and beyond, specifically as it relates to the preservation of beaches and oceans. With the help of the LA Kings and a number of national and local nonprofit organizations, BeachLife will arrange events and onsite activations to drive awareness and raise much needed funding for these important causes. Philanthropic partners include Surfrider, Heal The Bay, Walk With Sally, Life Rolls On, Wyland Foundation, Redondo Beach Education Foundation, Redondo Beach Police Foundation and the Rob Machado Foundation.