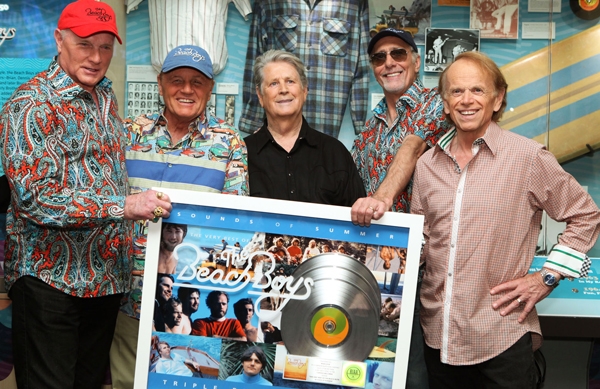 Music and entertainment mogul Irving Azoff and his recently launched Iconic Artists Group made a splash on Thursday, acquiring a controlling interest in the intellectual property of The Beach Boys.

Per reports, the deal includes interest in the band’s brand, sound recordings, and memorabilia, though (per an announcement) the remaining members of the band and their heirs will retain some interest in their assets in order to “participate in the upside Iconic expects to create by actively marketing and promoting the Beach Boys.”

“They can make the final decision on business decisions, which is what we really need — what we have needed, I should say,” says guitarist Al Jardine, who, with the rest of the band, will retain an interest in their assets, participating in the “upside” that Iconic expects to create by actively marketing and promoting the Beach Boys.

The Beach Boys have sold a controlling interest in their intellectual property to a new company led by Irving Azoff. Brian Wilson, Mike Love, and Al Jardine tell us why they're excited about the deal — and how they hope to celebrate their 60th anniversary. https://t.co/e9Fboqrbnb

This deal is also noteworthy in that it comes on the heels of recent high-profile acquisitions involving the catalogs and repertoire of classic musical acts such as Bob Dylan (who sold his entire songwriting catalog for more than $300 million) and Mick Fleetwood (and, relatedly, Stevie Nicks and Lindsey Buckingham individually).