Home / Why Does This 22-Foot Tall Baby Jesus Statue Look Like Phil Collins?

Why Does This 22-Foot Tall Baby Jesus Statue Look Like Phil Collins?

This is Phil Collins, renowned musician known for his time with the prog-rock band Genesis and a fruitful solo career.

You know all about him, right? He’s been a pretty successful music figure for decades, and went out on a tour with the amusing-and-accurate name Not Dead Yet! earlier this year.

Here, seen below, is another image of Phil Collins taken from sometime in the 1980s next to a statue of the baby Jesus that went up in a church in Mexico recently.

Uncanny, right? That statue even has that same tuft of hair on the forehead area that Collins sports in both photos seen thus far in this article.

As the accompanying New York Post story explains, the statue clocks in at nearly 22 feet high and 2,000 pounds in weight, both substantially higher numbers than that of the real Phil Collins. So they’re definitely different in that regard. But it’s tough to deny the similarity in look, right?

It’s believed that the statue will be confirmed the largest baby Jesus statue in the world, per the Post — which also definitely wasn’t intending on commissioning anything that looked like Phil Collins.

“Sculptor Roman Salvador says his artwork is made of fiberglass, resin, automotive paste and automotive paint.

Upon in its completion, the church began investigating the sizes of other baby Jesus statues around the world and found that the previous record-holder was just 16 feet tall and 661 pounds.

If the submission is approved, La EpifanÍa del Señor will be the first title-holder for “largest baby Jesus statue,” Guinness tells The Post in an email.”

Still. It’s close! And, it absolutely must be pointed out, Phil Collins and Genesis scored a hit with a song titled “Jesus He Knows Me” in 1992, so …. yeah. Also, the first book of the Bible is … Genesis, as well. 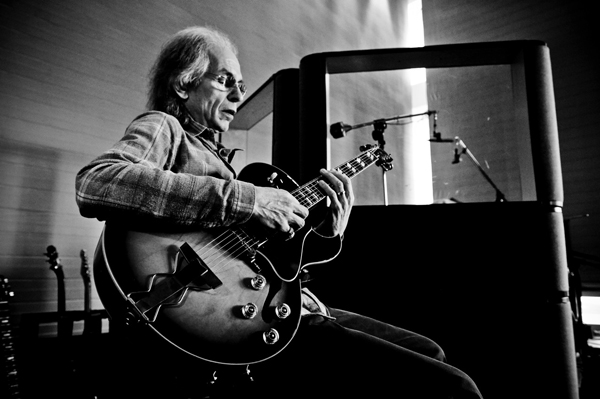 Q&A: Steve Howe of Yes on New Album ‘The Quest,’ Prog-Rock Masters’ Legacy and Beyond