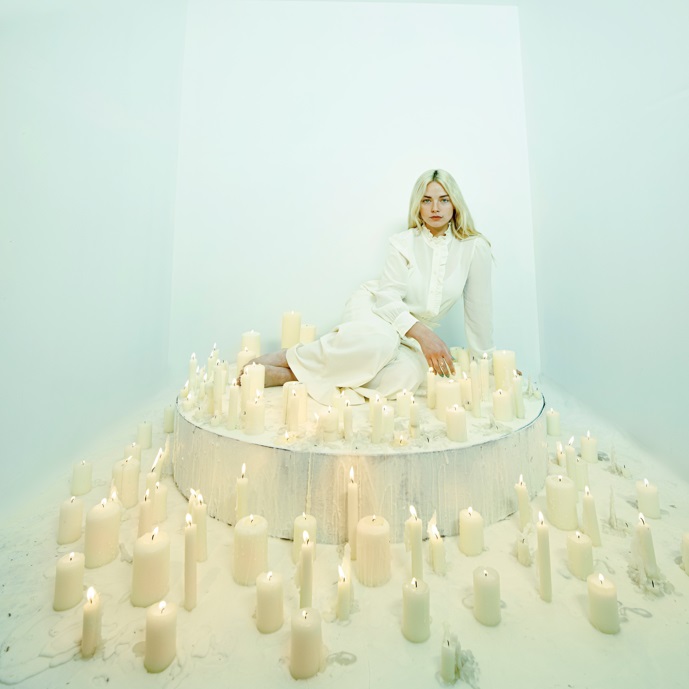 Rising singer/songwriter Ashe has enjoyed an amazing run of streaming popularity since her 2019 single “Moral of the Story” earned hundreds of millions of streams (from her double EP Moral of the Story Chapters 1 & 2) — and on May 7, she’ll release her debut full-length album, Ashlyn.

so this is it wow i can’t believe i’m finally saying this.. my debut album “Ashlyn” is coming may 7th. i tell a lot of stories in this album about my life that the world doesn’t know about yet and frankly, i’m terrified by that. mark your calendars andddd… new song tomorrow 🙃 pic.twitter.com/rjC26aeenq

The lead single, “I’m Fine,” was debuted on Thursday:

Said Ashe of the track: “’I’m Fine’ is about having that one person in your life that when you’re trying to fake it and you’re trying to say, ‘Oh, no, I’m doing okay,’ it’s having that one person who says: ‘I know you’re not okay. You can’t pretend with me.’ And I have a couple people in my life that can always call me out when I’m like, ‘Oh, I’m fine.’ And, yeah, those are the people we need in our lives.”

The overwhelming success of “Moral of the Story” (which, per a news release, has totaled 758 million streams to date, generated Ashe a million Instagram followers, over 9.5 million monthly Spotify listeners, one million TikTok followers and beyond),  essentially launched Ashe into the public consciousness and earned her fans around the world.

The track will be included on Ashlyn. Here it is in all its glory:

Ashlyn will also include “‘Till Forever Falls Apart,” her recent collaboration with FINNEAS (her co-producer on previous EPs and Billie Eilish’s brother/creative partner):

Said Ashe about the process that went into putting together her first full album:

“Ashlyn is deeply reflective and honest, full of stories of my experiences with fear and pain and turning those hard things into joy and independence. I’m an experiential writer and there was no way I was going to make an album that didn’t address my personal journey, from my brother’s death this last year to my own experiences with emotional abuse. I think you have to be vulnerable to create something really great and I believe I did that. Writing this album was also an opportunity to show that I’m not just a songwriter and a singer but a producer and a musician with a very clear vision for my art. Joni Mitchell refers to herself like a bee, gathering stories like pollen and trying to make honey from it, ‘whether or not the flavor suits people is something beyond my control.’ I really tried to take that approach to writing this album, making something I loved above everything else. I couldn’t be more proud of Ashlyn and I hope many people happen to love it too.”