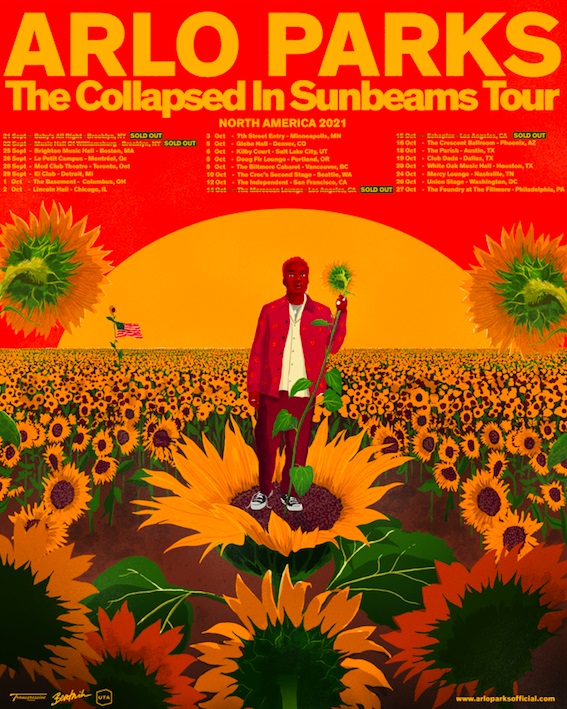 In late January, 20-year-old English singer/songwriter Arlo Parks released Collapsed in Sunbeams, her full-length debut album. A revelatory and emotionally nuanced collection of melancholy indie/pop, the album came with much anticipation, especially after Parks amassed attention with a series of single releases over the past year-plus.

This coming fall, Parks will head out on a string of North American tour dates (pending any further schedule changes affected by the state of the COVID-19 pandemic, of course), and on Monday Parks reveled a full slate of shows. Included in the itinerary are a few already sold-out shows, such as both stops in Brooklyn and Los Angeles.

I’m coming to North America!!! This has been a dream of mine for a while now & I’m so excited to hop the pond & share space with you all. Sign up to my mailing list to get access to the Tues pre-sale n secure your spot ✨ General sale is on Friday! https://t.co/rklXvNOubh pic.twitter.com/ZQkBM2qt2h

Last week, Arlo Parks and her band turned up on the Late Late Show with James Corden to play “Hope,” one of her album’s standout tracks:

As for Collapsed in Sunbeams, it’d be best if you gave it a listen if you haven’t yet.