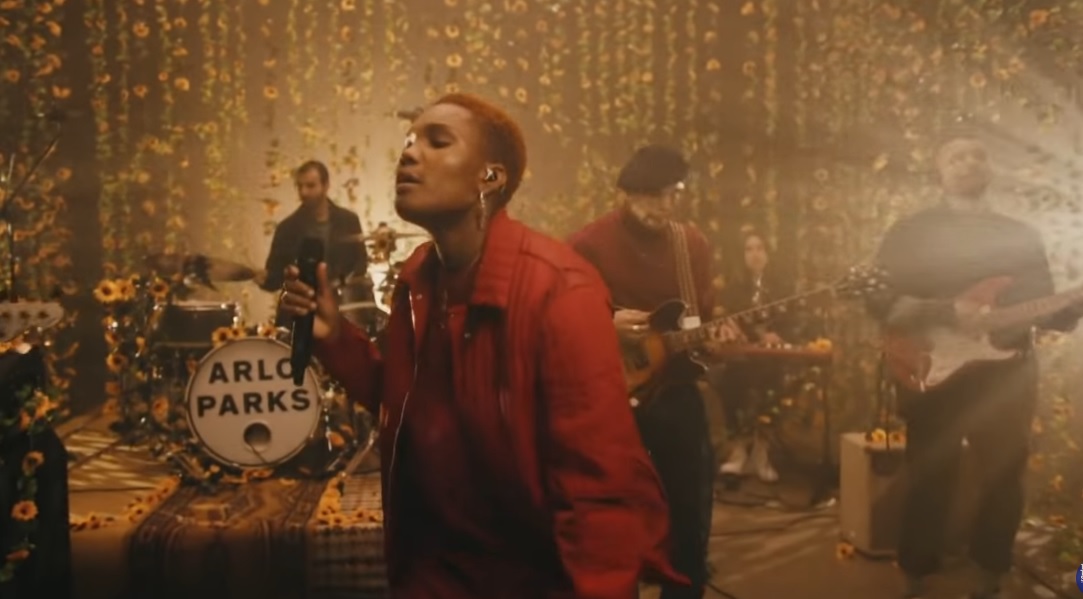 In late January, 20-year-old English singer/songwriter Arlo Parks released Collapsed in Sunbeams, her full-length debut album. A revelatory and emotionally nuanced collection of melancholy indie/pop, the album came after Parks amassed significant attention with a series of single releases over the past year or so.

One of the record’s standout songs is “Black Dog,” which earned major airplay on SiriusXM. Named after Winston Churchill’s name for depression, the song tackles mental health with an honesty that is reflected in its refrain, It’s so cruel what your mind can do for no reason.

Arlo Parks and her band performed the song for The Tonight Show Starring Jimmy Fallon Monday night, and the performance can be seen below. Parks goes solo for the first few minutes beore reconnecting with her band for the finale, and it’s a great introduction to the song:

On social media, Parks expressed excitement about the opportunity to perform for The Tonight Show — and added a bit about some North American concert dates currently scheduled for Fall 2021: