Home / Out Now: Arcade Fire Reignites the Flame with Earnest and Reflective New Album ‘WE’ (Listen)

Out Now: Arcade Fire Reignites the Flame with Earnest and Reflective New Album ‘WE’ (Listen) 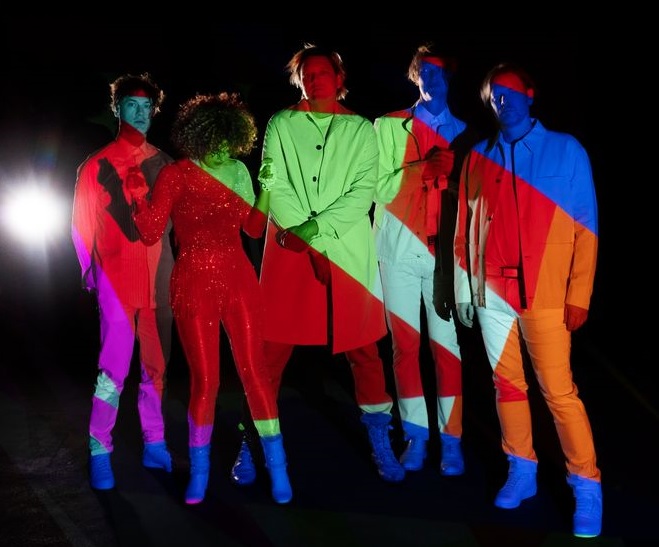 It’s an age of doubt/And I doubt we’ll figure it out, whisper-sings Arcade Fire front man Win Butler on “Age of Anxiety I,” the opening track on the heralded indie band‘s new record, WE.

For years, music fans have turned to Arcade Fire for deeply rooted, viscerally emotional reactions to the world around us. This blueprint was laid out as far back as the art-rock ensemble’s debut album, 2004’s Funeral, a record borne out of loss and grief that spawned some of the most breathtakingly fresh music of the indie scene of the era.

Going on this trip together.

WE hope you can find 40 minutes to put on your headphones, or your favorite set of speakers and go on this ride with us.

Give it a summer to live with it. It’s music that reveals itself over time. pic.twitter.com/4IHSERoCwT

As Arcade Fire’s stature rose from buzzworthy indie band to festival headliners the world over, so did their ambitions, sometimes reaching a bit too far to fully resonate as deeply with listeners … but WE, the band’s first album since 2017’s ambitious but overstuffed Everything Now, returns to what made the band great in the first place: emotions.

The raw honesty of Butler’s lyrics and the gorgeous, layered compositional style that make up WE‘s 10 tracks and 40 minutes of new material will be well received by many. WE is an especially focused creative statement from Arcade Fire, the result of a particularly intense conception.

Per a news release, WE was recorded in multiple locales including New Orleans, El Paso and Mount Desert Island, WE paradoxically distills “the longest we’ve ever spent writing, uninterrupted, probably ever” (per the band’s Win Butler) into a concise 40 minute epic – one as much about the forces that threaten to pull us away from the people we love, as it is inspired by the urgent need to overcome them. WE’s cathartic journey follows a definable arc from darkness into light over the course of seven songs divided into two distinct sides — Side “I” channeling the fear and loneliness of isolation, and Side “WE” expressing the joy and power of reconnection.”

“End of the Empire I-III” spends some of its runtime in Bowie-by-way-of-Lennon territory, while the second half finds Butler singing I unsubscribe/this ain’t no way of life/I don’t believe the hype, and it’s as grandiose a song as this sounds:

Though it only features 10 tracks and spans a little over 40 minutes, WE is broken into two halves, Arcade Fire once again fully committed to a thematic concept:

Consistent with the high concept of WE is its album art, a close-up of the human eye, with additional details per a news release:

Breaking down individual tracks doesn’t quite do WE the justice it deserves, as it’s a set of songs best experienced as a whole, very much an “album” released amid the streaming era — another example of Arcade Fire’s admirable earnestness and adherence to artistic vision.

Experience that vision below.

Arcade Fire also announced a significant world tour to support WE, with special guests Feist (in Europe) and Beck (in North America).

Announcing The “WE” Tour !!! Can’t wait to see you all soon, along with our friends @FeistMusic and @beck

General tickets on sale Friday, May 13 at 10am local time. https://t.co/nVVCLCIXnt pic.twitter.com/sb8kvauumN