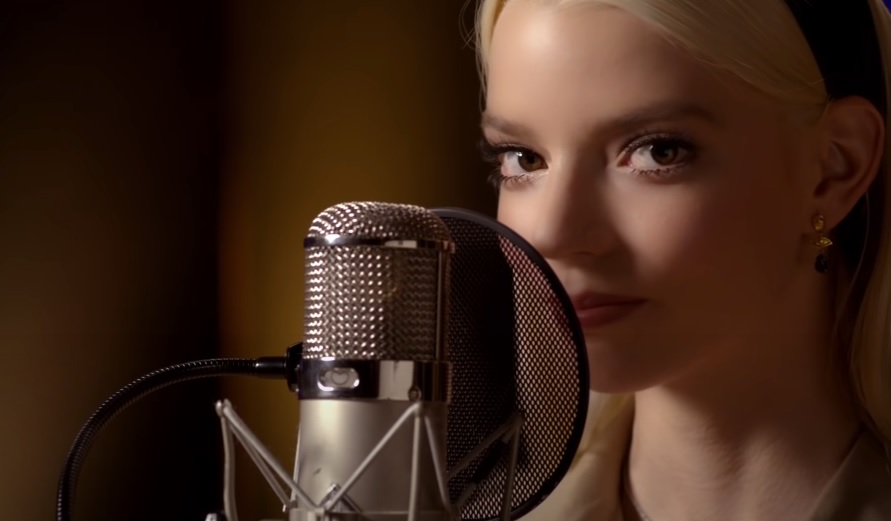 Netflix scored a major hit in 2020 with the series The Queen’s Gambit, starring actor Anya-Taylor Joy as chess phenomenon Beth Harmon — a breakout role that earned her the Best Actress Golden Globe Award. On Oct. 29, she will return to the screen in Last Night in Soho, an intriguing new suspense/thriller/mystery from director/filmmaker Edgar Wright, which finds her portraying “Sandie,” a fictional 1960s-styled lounge singer.

What isn’t fictional, however, are Taylor-Joy’s singing chops. In a promotional video shared ahead of the film, she tackles “Downtown,” the classic ’60s hit from singer Petula Clark. Slowed down to a deliberate and quite ominous tempo, the performance is wildly impressive, and features a handful of clips from the film:

Said Taylor-Joy of this opportunity in a social media post sharing the video:

It’s not every day you’re asked to record several versions of an iconic song . The sounds of the 60s was what first made me fall in love with music so I was overjoyed when Edgar asked me to give it a go.

The synopsis for Last Night in Soho, which also stars Thomasin McKenzie and Matt Smith (both seen extensively in the video):

In acclaimed director Edgar Wright’s psychological thriller, Eloise, an aspiring fashion designer, is mysteriously able to enter the 1960s where she encounters a dazzling wannabe singer, Sandie. But the glamour is not all it appears to be and the dreams of the past start to crack and splinter into something far darker.

And here’s a traditional trailer for the film: