Ann Archer Photo by Michael Devon
Anne Archer, who played Michael Douglas’ wife in the 1987 hit Fatal Attraction and Harrison Ford’s wife in 1992’s Patriot Games and 1994’s Clear and Present Danger, is back in a new starring role as Jane Fonda in the Court of Public Opinion.
The Vietnam War remains a touchy touchstone for Baby Boomers, and after her contentious trip to North Vietnam Fonda became the most famous — or, depending on your point of view — infamous antiwar celebrity. Especially incensed by film footage of a gleeful-looking Fonda on a North Vietnamese anti-aircraft gun, detractors dubbed the Oscar winning actress “Hanoi Jane.”

Jane Fonda Anti Aircraft Gun 1972 (AP Photo)
This new two-act play, which opened October 8 at the Edgemar Center for the Arts in Santa Monica, California — where Jane grew up and later lived with husband Tom Hayden — examines whether Fonda was a “traitor,” “heroine” or perhaps something in between.
Archer plays an older and wiser Fonda, depicting a real life 1980s powwow Jane held at a Waterbury, Connecticut church with pissed off veterans attempting to prevent her from shooting a film with Robert De Niro on location at their town. Her Barbarella days may be long behind her, but angry vets won’t let go of their fury at Jane for the role they believe she played during the war that inspired the music of a generation.

From the play “Jane Fonda in the Court of Public Opinion” Pictured: James Giordano, Steve Voldseth, Anne Archer. (Photo by Ed Krieger.)
Never one to shrink from a fight, Fonda confronts the boycott threat head on, as both sides reveal what the war meant to them. Archer, who dyed her hair blonde for the part, brings unique insight as an actress/activist in her own right to playing the riveting role of a lifetime.
To get her take on the controversial character she portrays Rock Cellar Magazine interviewed Anne Archer.
Rock Cellar Magazine: Tell us about your play and how you got involved with it?
Anne Archer: About four years ago my husband (playwright/director Terry Jastrow) was writing a screenplay about a football game in Arkansas and when he was doing his research he discovered Jane Fonda had come to Arkansas to speak – of course it was part of the antiwar movement.
He really became very interested in looking at the peace movement.  He felt guilty because once he graduated from college he went straight to work for ABC in New York and he really basically ignored the war and never really involved himself in the issue at all.  He felt as a citizen he’d neglected his responsibility as a young man to speak out for what he felt was right.  So he started researching Jane Fonda’s activism during the war and realized that much of what had been said about her was not true, and was quite surprised at the amount of hatred that exists today, and found that baffling that it would continue…
It took him to Hanoi where he retraced her steps, hired the same guides and translators she had.  He did a tremendous amount of research, speaking with 100 vets, and some of the POWs that she talked to and some of the vets at this meeting in Waterbury.

Jane Fonda and the Rev. John A. McColley, from St. Michael’s Episcopal Church. (Photo from the Republican-American archives.)
He spent four years researching it, wrote it first as a screenplay; much like Frost/ Nixon it’s smart stuff, something you have to listen to, and would translate better into a play. And if it was very successful perhaps it would become a film.
I read it, and of course it’s very much in my sweet spot, where my heart lies, and we realized that because it took place in 1988 when she had already turned 50, I could play it.  So it just took life from there.
RCM:  Have you met Jane Fonda?
AA:  Terry did speak with her and (then) I met her. I absolutely admire her, there’s no question about it.  I admire her honesty, in all things, even in her mistakes.  She doesn’t suffer fools, she doesn’t coat something; she’s willing to own up to her own actions and also never becomes a victim.  She doesn’t apologize for speaking out against the war. She apologizes for sitting on the antiaircraft gun.  That is exactly her viewpoint.

[Editor’s note —  At her website, Jane Fonda recently wrote about her 1972 trip to Hanoi, explaining her actions, and discussing the fall-out, which continues today]:  The Truth About My Trip to Hanoi.

RCM:  Regarding the hatred that still exists regarding Ms. Fonda and her own so-called “mistakes.”  Is this misdirected, misguided anger?  Jane Fonda didn’t kill anybody or send any GIs to Indochina — LBJ and Nixon did that.  So why are they taking it out on her?
AA:  You’re absolutely right, it is misdirected anger. It isn’t really the Vietnam vets; it’s vets in general, it’s a lot of rumor and innuendo. There really wasn’t hatred of her at the end of the war.  She was one of the most popular women in America and this hatred came much later and found its fuel and audience on the Internet, where people can say just about anything.  Any time someone vents that much venom, especially so many years after the fact…
She stuck her neck out. It’s admirable when citizens standup and aren’t apathetic.  I’m obviously speaking from my point of view and we rightfully put the vets’ point of view in there, too, so people can see what happens when there’s this conflict and hatred, and how little value it has and how important it is for healing to take place. And that’s what the play’s all about.
RCM:  What do you think the Jane Fonda of the 1970s would have thought of today’s Occupy Wall Street protests?
AA:  You’re asking me to do the very thing that we all need to stop doing:  Spewing opinions about how we think other people would be, act, feel or think. If one wants to know a viewpoint of someone, go to the source.  My opinion of anything she might do would be totally inappropriate.  That’s one of the points of the play.  We have a responsibility to have integrity and not put words or ideas or thoughts of others out there that we don’t have firsthand.  I’d never voucher to say what she might think.  Ask her; she’d be the first one to tell you, because she’s a very honest human being.

Anne Archer as Jane Fonda. (Photo by Ed Krieger.)
RCM: Did you have any trepidation about playing such a famous, iconic actress?
AA:  The difficult thing is, usually, when you’re playing a figure who’s done something that is a public issue, they’re not so much in the public eye anymore or not alive.  I feel I do understand her heart and we’re dealing with an issue, and I can’t be her.  She doesn’t have an accent, she doesn’t have a crazy physical idiosyncrasy.  What I can capture, I hope, is her soul. I can’t deliver Jane Fonda, per se; that would be a lie, she’s too much in the public eye and too visible today. What I set my sites on was to capture her heart and put her heart and strength and honesty, and put that forward. That’s what I went for; I think it tells the story in the play and the play reaches people and delivers an impactful message. If we can accomplish that then we’ve accomplished our goal.
RCM: The play deals with the ’60s/’70s; what are some of your favorite bands from that era?
AA:  I listened to the Beatles. I wasn’t a ’60s girl or hippie.
RCM: What causes have you been involved in?
AA:  I started an organization called Artists for Human Rights in 2006 with the purpose of raising awareness of the (U.N.’s) Universal Declaration of Human Rights.   I have a very similar heart to hers in that respect; that’s why this play is so important to me.
See: www.artistsforhumanrights.org/
“Jane Fonda in the Court of Public Opinion” has been extended through December, 2011.  For more information see: www.edgemarcenter.org 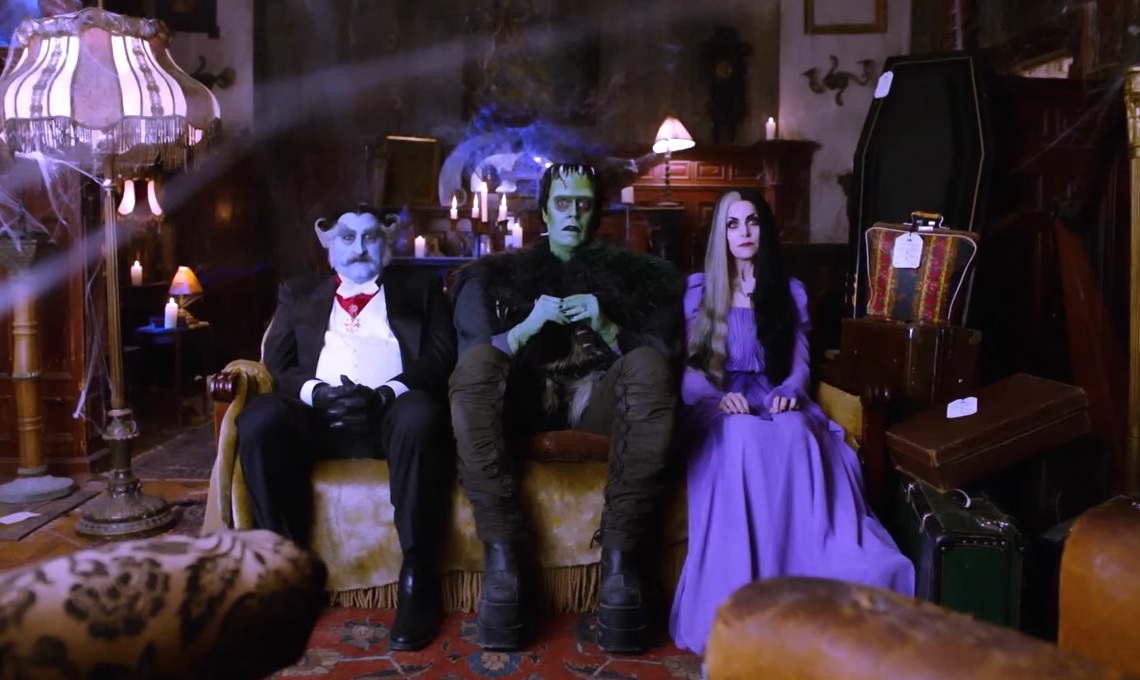 Ozzy Osbourne Receives COVID-19 Vaccine, Tells U.K.’s ‘Loose Women’ Show ‘As Soon As I Got It, I Felt Relieved’