Home / Andrew W.K. Starts the Party Once Again with the Crushing ‘Babalon,’ ft. Stark Imagery & a Disclaimer About ‘Evil’

Andrew W.K. Starts the Party Once Again with the Crushing ‘Babalon,’ ft. Stark Imagery & a Disclaimer About ‘Evil’ 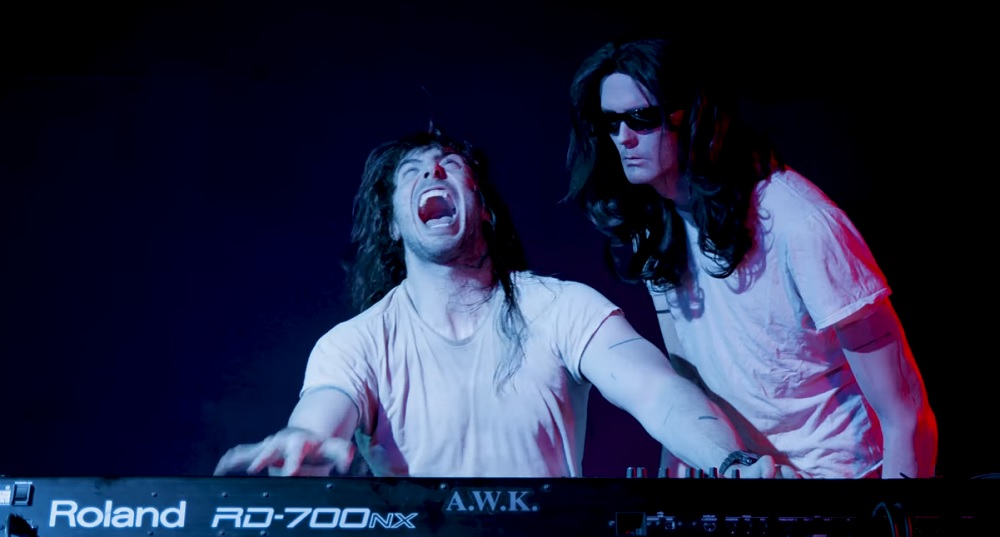 3-D glasses
Pill bottles
Roses
A construction helmet
Flashing words and phrases including “DDD,” “1939”, “
A rotating yin-yang symbol
A chess board (with W.K. sitting beside it, wearing 3-D glasses)
A smiley face emoji

That’s just a small list of the many visual cues on display in the video, as documenting them all would take hours.

Musically, the song is a pummeling anthem featuring Andrew W.K. playing all instruments. Amplifiers are stacked to the heavens, his Roland keyboard on full display nearly throughout, his customary dirty-white-shirt-and-jeans look intact as always.

The song isn’t explicitly about “partying” in the literal sense, much as a majority of Andrew W.K.’s output after 2001’s I Get Wet album was more about partying conceptually and as a means of self-actualization, and yet it feels like a heavy metal party of the most sinister variety.

There’s even a disclaimer at the beginning, a cryptic message that reads:

“Due to his strong personally caused psychological disassociation,  Andrew W.K. wishes that this video in no way endorses a belief in evil.”

It’s an overwhelming sonic experience, one that fans will be dissecting in search of hidden messages (for which there’s an entire Reddit community dedicated to all things AWK).

For good measure, the video ends with another short on-screen text scroll:

Anybody who remembers the “Party Hard” video should recognize the beginning of “Babalon,” which also begins with W.K. in a bathroom, preparing for what’s to come.

To push things further into the realm of unabashed irreverence, which has long exemplified the Andrew W.K. brand, here’s a quote in a news release from “Michael R.C.,” described as the “Babalon” video’s conceptual director:

“With ‘Babalon’, we wanted the audience to slink back down Andrew’s tower and storm the gateway to the city of pyramids with him, or someone who looks like him. We had all been working really hard to lay thee gagging monster down, so it would dwell forever in the chasm of frivolous forming. All these images come from there, from where it’s going. That’s where we put Andrew.”

Strap in, because we’re due for some more heavy Andrew W.K. oddities in the (near?) future. Should this be part of a new album that he has been working on recently, it’ll be the follow-up to 2018’s You’re Not Alone.