Home / Out Now: ‘God is Partying’ Finds Andrew W.K. on as Euphoric, Bombastic and Mystifying a Musical Ride as Ever

Out Now: ‘God is Partying’ Finds Andrew W.K. on as Euphoric, Bombastic and Mystifying a Musical Ride as Ever 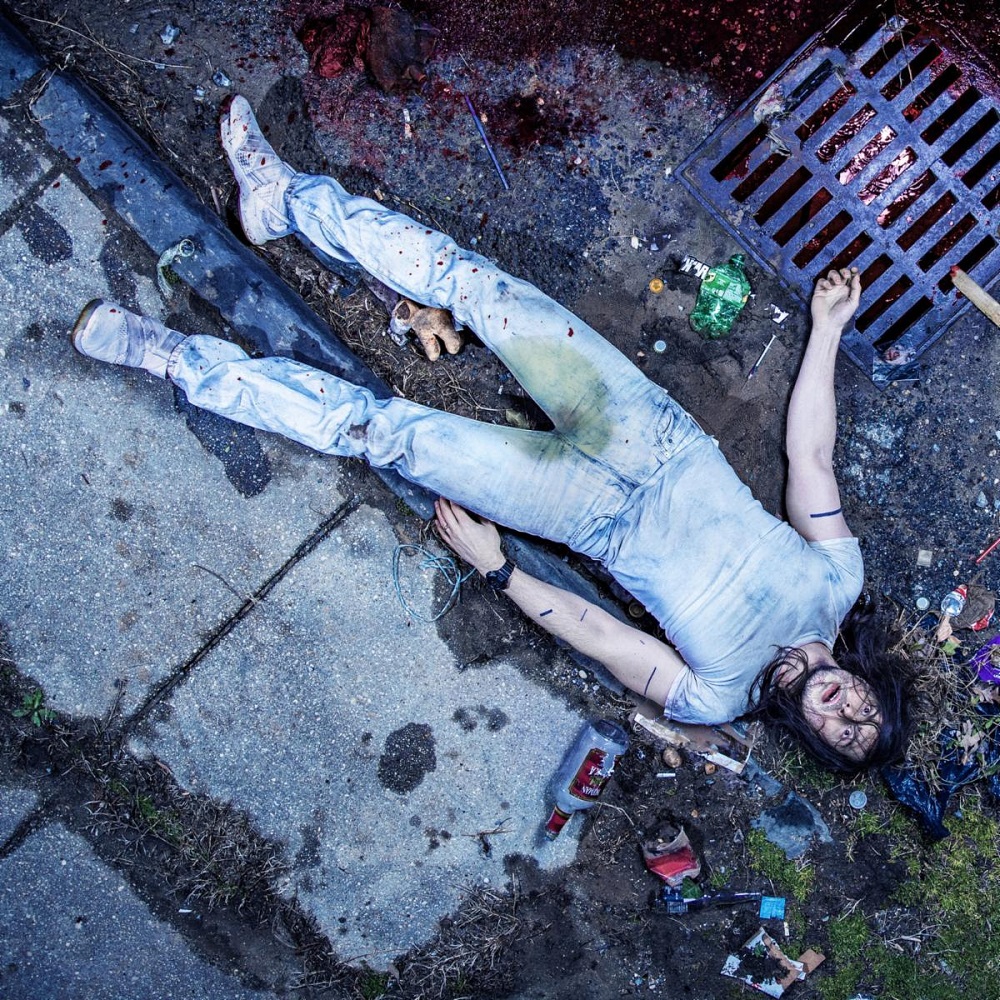 It’s hard to have expectations when it comes to Andrew W.K. — because the artist that exploded onto the scene in 2001 with I Get Wet (and the anthemic, objectively uplifting “Party Hard”) has been bathed in mystique and strange chapters over the course of the two decades between that arrival, a litany of oddities lending themselves to an unpredictable career arc of singular proportions.

That aura and surrounding curiosity enveloping him has been channeled into God Is Partying, a new studio album that was released this past Friday, Sept. 10, via Napalm Records. It was previewed in recent weeks with some seriously pummeling tracks with intensely irreverent music videos. Here’s “Babalon”:

“Everybody Sins,” meanwhile, opens the record with crushing riffs and this lyric:

Oh, there’s a hole in the ground
Where the beasts will gather round
If you look you will see
That the beasts are you and me

What, exactly is going on here? It’s anybody’s guess, really. But it’s HEAVY.

In keeping with Andrew W.K.’s themes of unpredictability, though, these are not previews of the album as a whole. “Babalon” and “Everybody Sins” the most aggressive, guitar-forward hard-rock anthems on an album of soaring power ballads and synth-soaked power-pop. The official album details credit W.K. as performing every instrument heard on the album in addition to co-producing the proceedings with Grammy-winning engineer Ted Young.

The time between I Get Wet in 2001 and God is Partying in 2021 was wrought with uncertainty and stylistic curve ball after curve ball — both in terms of the music W.K. released and who, at least publicly, the figure of “Andrew W.K.” was. 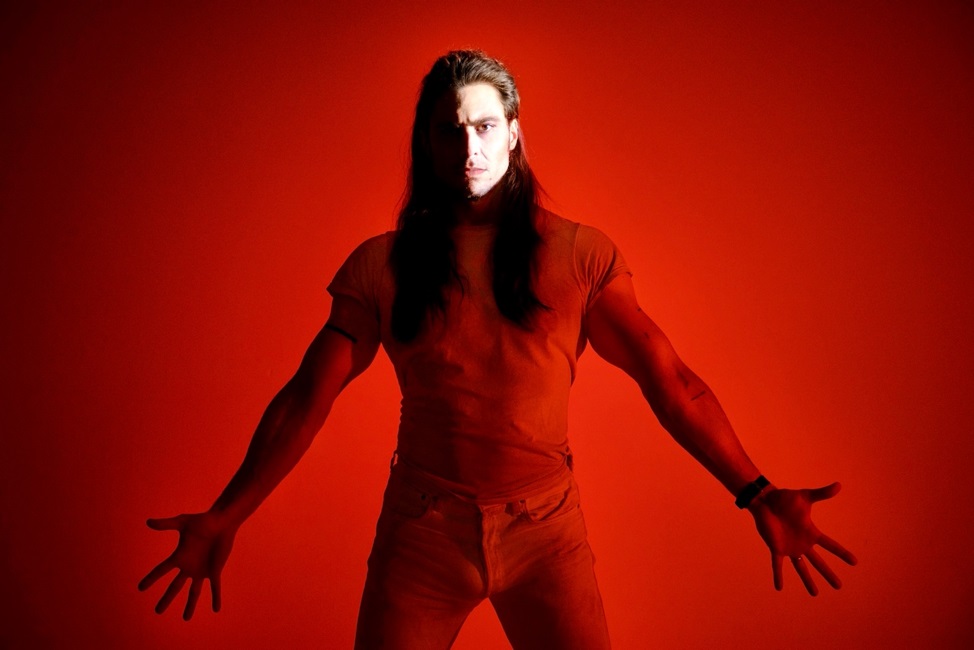 To wit: 2017’s You’re Not Alone was W.K.’s fifth full-length album, but the first since 2006’s Close Calls With Brick Walls that could be classified as “rock” (not including 2009’s improvisational piano/classical album 55 Cadillac). The years between involved various Japanese-only releases and a near total blackout as far as visibility in the United States as a musical figure, attributed to a number of odd circumstances and online rumors.

Go down the rabbit hole with this article, headlined Let’s revisit that wild theory that Andrew W.K. doesn’t actually exist, for an idea of what we’re referring to here.

Instead of simply making and releasing more music as Andrew W.K., there were stints as an inspirational speaker and even a “political figure” with the platform of “partying” as a means of self-actualization and an experiential-based way of being rather than … well, whatever “partying” means in the colloquial sense. The essence of Andrew W.K. has become one of curiosity, ostensibly adding to the allure (at the expense of some who likely fell off during the “dark period” in the mid-2000s).

Those familiar concepts of subjective, life-affirming “partying” are at the core of God is Partying, but in a new way listeners might not be expecting, at least in terms of how the album was previewed with the heavy metal anthems. “No One to Know” spans six minutes, is mostly a slow-burning ballad featuring gentle vocals and scaling synths and keys, W.K. inhabiting that sort of Meat Loaf-inspired territory he’s touched on at some points over the years:

“Stay True To Your Heart” is almost plucked from 1986, the lyrics as mysterious as ever:

Genius features this snippet of W.K. explaining that song, and his cryptic words even seem to nod to those rumors about his very existence mentioned earlier:

“What is the most brutal form of positivity? I want to get in there. Being and staying. Being true to yourself isn’t the same as staying true to your heart. They told me all about this when I started forming. Approving the disapproval of others. Happiness. Seriousness. Zones of care – yourself, your family of supervisors, your city of strangers, your bathroom, your basement, your street. What does it mean for me to be not-human? What does it mean for a not-human to possess my party mindset? It’s not appropriate for me to analyze this song in that way. The song is meant to analyze me. And the listener is meant to party.”

Angels, the ethereal realm and heaven pop up frequently in the album’s nine songs (and handful of bonus tracks), the emotional scale fluctuating wildly throughout.

“My Tower” is a thunderous, prog/metal exercise in bombast, among the record’s most grabbing moments:

Toward the end of the record lies “I Made It,” its uplifting synth tones and (seemingly) self-referential lyrics almost serving as an autobiographical recollection from Andrew W.K. regarding his very place in music history:

Create a dream in the shape of a song
Create a crowd ten million strong
And then it hit, it seemed like a dream
I still remember that day

Is that actually what he’s addressing in “I Made It”? Or is it something else? Or, in the spirit of everything he’s done for two decades, does it exist merely to make the listener question the reality presented therein and draw his or her own conclusions? Is that what “partying” means after all?

These are all pertinent questions regarding God is Partying, one of the more unique musical releases this year or any year — and, arguably, the most consistently focused creative statement from Andrew W.K. since he began his career.

Just what is that creative statement? Well, it’s whatever you make it to be. That’s the essence of partying, after all. Maybe.

Andrew W.K. pushed his scheduled 2021 tour dates to 2022, though he and his band will play some festival slots this fall. The dates: