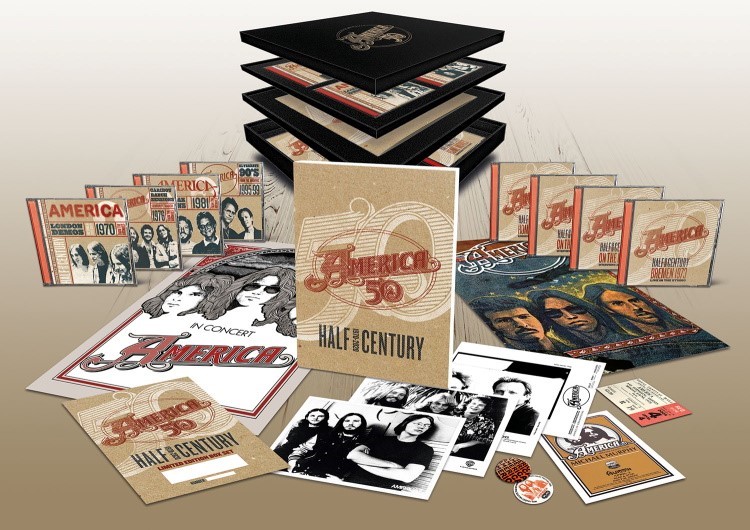 Gerry Beckley and Dewey Bunnell of the band America are celebrating their band’s 50th anniversary in style in 2020 — with a newly-recorded song and a massive box set, to be precise.

“Remembering” is featured in a new eight-disc anniversary box set, Half Century, which will be released this Friday, Aug. 28 via America Records.

(Click here to shop America from our Rock Cellar Store).

Listen to “Remembering” below:

“After 50 years together, this song is about the time spent looking back rather than looking forward…so much to be grateful for,” said Gerry Beckley in a statement. The song will be included in America’s upcoming 2021 studio album.

More on the Half Century box set, via a news release:

It contains CDs of rare archival studio recordings consisting of alternate mixes, demos and rehearsals, including several previously unreleased tracks ranging from 1970 – 2000. Along with the re-mastered Bremen 1973 in-studio performance and two CD’s of radio interviews providing an audio overview of the band’s career, along with a DVD of Super 8 “Home Movies” (1972-1975) to give fans a behind the scenes look at the early years of the legendary and enduring band.

For more on America, be sure to watch our 2018 RockCellarTV video interview with Dewey Bunnell:

Visit our Rock Cellar Store by clicking here for the full track listing information and details regarding the Half Century box set.