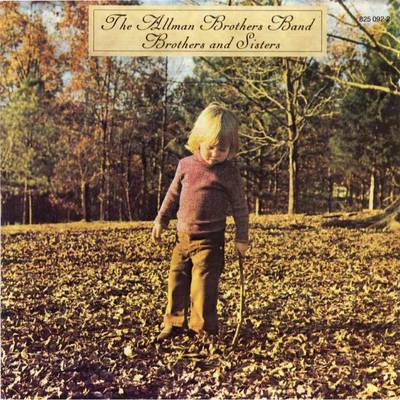 The Allman Brothers Band’s seminal 1973 album Brothers and Sisters, recorded and released after the deaths of both bandleader Duane Allman and bassist Berry Oakley, was one of their most successful.
On June 25th, the album will be reissued to celebrate its 40th anniversary. It’s expected that the album’s various versions will include a 4-disc Super Deluxe, 2-disc Deluxe and standard CD editions, while a vinyl format is also believed to be part of the plan.
What’s more, Ultimate Classic Rock says there’s a rumor floating around that a classic 1973 gig from the Winterland Ballroom in San Francisco will also be part of the set.
Stay tuned for any further developments – and a link to buy the set from our Online Store. In the meantime, shop their back catalog by clicking here. You can also pick up the new Duane Allman retrospective Skydog – click here for that.
Here’s one of the album’s most enduring songs, Jessica: