On Friday, Alien Ant Farm returned with a new cover of a classic 1980s pop song — this time, “Everything She Wants,” a 1984 smash-hit from George Michael and Wham!

For the music video, filmed recently by the band members (socially distanced, of course) and various friends, everybody involved looks to have had a great deal of fun from their homes/backyards/studios/pools and other various places they’re spending their time during the COVID-19 pandemic.

Featured in the video (in quick-hit fashion, so if you blink you might miss someone) are DJ/producer Zedd, Insane Clown Posse, Nick Hexum from 311 and members from P.O.D., Hoobastank, The Black Dahlia Murder and more.

Said guitarist Terry Corso of the cover, a new take on a classic song from Alien Ant Farm, who burst onto the scene in 2001 with their zany cover of Michael Jackson’s “Smooth Criminal”:

“We’d been working on our first record in six years when the lockdown hit and basically halted all production.” says guitarist Terry Corso to Loudwire about the new cover. “Luckily, we had a handful of songs recorded, mixed and ready to go, including our version of ‘Everything She Wants’ by Wham! The cover seemed like an obvious choice to inject some fun and happiness into a world that could really use it. To sweeten the deal, we figured why not ask fans, friends and family to film themselves having a little fun while quarantined/social distancing and send it to us for the video. The result is a cool experiment in people being apart and sending the clear message that we’re all in this together.”

“As with any cover we take on, it usually starts with us being huge fans of the song and or the artist,” Terry explains about why they covered the Wham! classic. “The original Wham! version of ‘Everything She Wants’ is extremely heavy. It’s sonic, soulful and has great subject matter. I think we are a bit drawn to syncopated synth bass lines. They translate well to chunky guitars. I think just like with ‘Smooth Criminal,’ it was about keeping the attitude in place and maybe even taking it a little further. At the same time playing into the raw simplicity of the riffs and arrangement while beefing up the guitar somehow makes it a whole different beast of a song.”

In addition to finishing up a new studio album, Alien Ant Farm will also play a special live stream concert from the Whisky A Go Go in West Hollywood, taking place on July 11 at 6 p.m. PT. 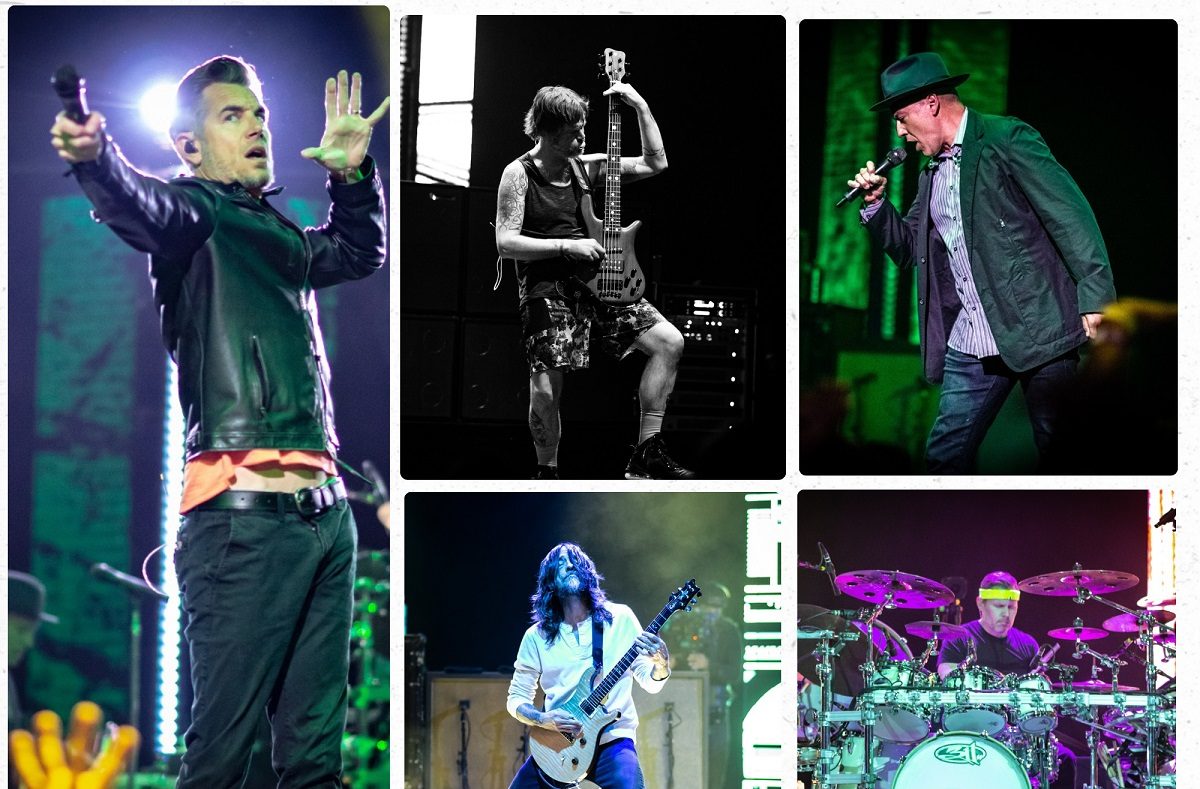