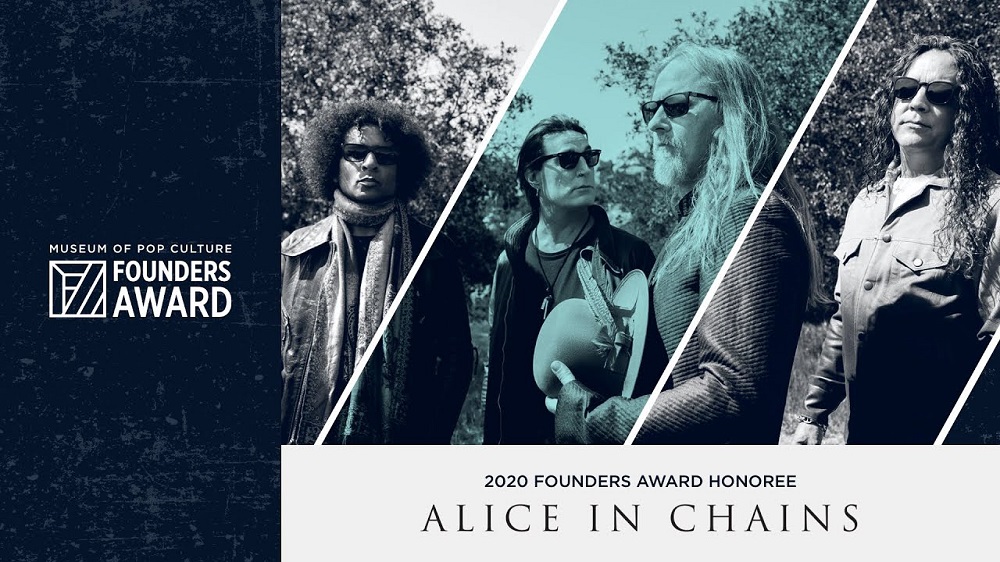 On Tuesday night, a number of rock and roll luminaries paid homage to Alice in Chains, the recipients of the Museum of Pop Culture’s Founders Award.

The Seattle-based rock/grunge band was the toast of a special live stream that generated more than $600,000 for for youth development programs, access initiatives, community engagement, and world-class exhibitions, per a news release from Seattle’s Museum of Pop Culture (MoPOP).

Indicative of Alice in Chains’ far-reaching influence and reputation among the music community, the participants that paid homage to the group (and late vocalist Layne Staley) came from a variety of different eras, both contemporary and classic. Ann Wilson of Heart, Metallica, Billy Corgan of Smashing Pumpkins, Korn, Corey Taylor of Slipknot, Lily Cornell Silver (Chris Cornell’s daughter) and many more were among those taking part.

If you missed it live, or just want to watch it again (because of course you do!), check out our Facebook or YouTube to view the full event on demand.

Said Alice in Chains in a statement about the honor:

Alice In Chains was thrilled to be honored and, upon receiving the award, Jerry Cantrell said, “This band started 33 years ago, three and a half miles down the road in Ballard… it’s a pretty amazing journey that we’re still on. There are so many great artists and friends who have contributed shout-outs and performances — it’s been a really cool experience and William, Sean, Mike, and I would like to thank everybody. And, as we accept these awards, we want to remember our bandmates as well, Layne Staley and Mike Starr. Wow, what a night!””

The full, two-and-a-half-hour ceremony is available at MoPOP’s YouTube channel, and features a set list touching on all aspects of the band’s heralded career:

You can still make a donation to “support the museum’s exhibitions, programs, and educational work” at this link.