Home / Alan Parsons on 35+ Years of ‘Eye in the Sky,’ Proper Speaker System Setup and His New Album (Q&A)

Alan Parsons on 35+ Years of ‘Eye in the Sky,’ Proper Speaker System Setup and His New Album (Q&A) 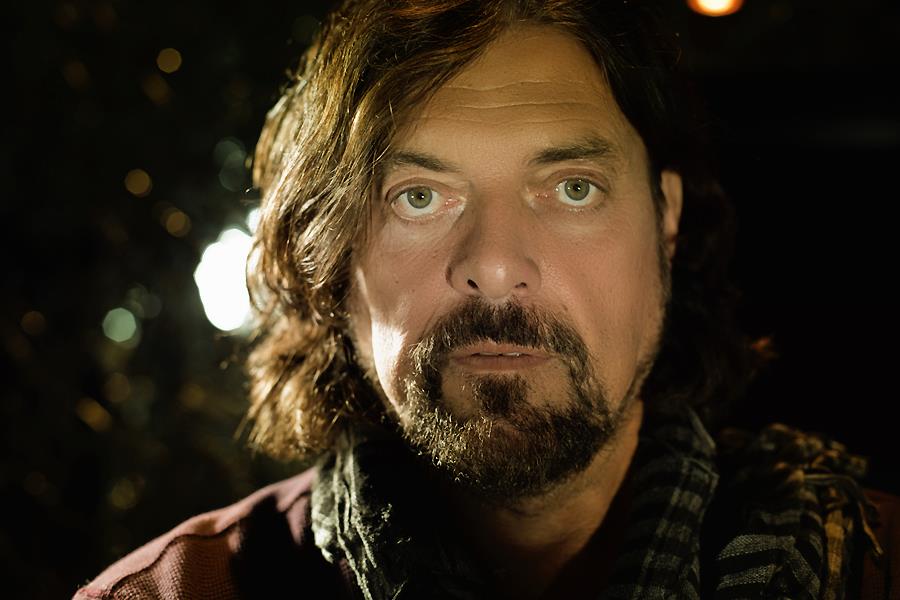 Alan Parsons made his initial mark in the music world by engineering or producing successful late 1960s and ‘70s releases by The Beatles, Pink Floyd, Paul McCartney & Wings, Al Stewart, Ambrosia and others.

After forming The Alan Parsons Project with Eric Woolfson and a releasing a run of bestselling albums, they emerged with the mesmerizing Eye in the Sky in 1982. It became the studio group’s highest charting work, while the lush title track reached #3 on the Billboard Hot 100.

“Sirius,” the instrumental opening track on Eye, has soundtracked the Chicago Bulls’ opening lineup introduction since the ‘90s and heard in conjunction with countless sporting events and programs. Other examples of The Alan Parsons Project’s enduring influence can be felt via sampling by Daft Punk, Jay-Z, Kendrick Lamar and P. Diddy. APP was mentioned in “Austin Powers: The Spy Who Shagged Me” and a cartoon version of Parsons will appear in an episode of “Family Guy” in 2019.

Now, a standalone Blu-ray audio version of Eye in the Sky is available from Real Gone Music. Parsons is currently working on his first new studio album in more than a decade – tentatively titled The Secret – slated for release next spring on Frontiers Records.

We caught up with the Grammy nominated Englishman for a quick chat from his organic avocado ranch home in Goleta, Calif. (near Santa Barbara), which contains the just-opened ParSonics Studio and a Neve Shelford 5088 analog console.

Rock Cellar: Was the new Blu-ray edition of Eye in the Sky always planned as a separate release, or did online fan demand provide an incentive?

Alan Parsons: I certainly had in mind for it to be a separate release. It did take a few conversations with the label to convince them that it was a good idea because there are a lot of surround sound enthusiasts out there that didn’t want to buy the full-blown box set. If they were adamant that they had to have it [right away], then they had to buy the box set. I think some people had a bit of patience and either borrowed a friend’s [copy] or waited until this Blu-ray release.

Rock Cellar: What kind of feedback have you received about the box set?

Alan Parsons: Well, I am too. I think it was from people who didn’t know how to set up their stereo systems and stuff. I almost wish that I’d done a test section on the disc so that people could make sure that their speakers are in the right place. DTS, the company behind one of the surround sound encoding systems – they used to put a little test on the front of all their stuff. In hindsight, I wish I’d done the same.

Rock Cellar: What were some of the main challenges in creating the 5.1 surround sound mix? Was it locating all the original multi-track masters?

Alan Parsons: That was a challenge in itself. But we managed to lay our hands on everything that was necessary to perform the surround mix. The only one that I had a bit of trouble with was “You’re Gonna Get Your Fingers Burned.” I had to compromise slightly on that because one of the tapes was missing. We managed to make a good job of it. Nobody noticed that it was compromised in any way.

Rock Cellar: For the average music listener who’s not an audiophile, would you describe the difference between stereo to 5.1 as a dramatic sonic leap?

Alan Parsons: I’ve always maintained that it’s same dramatic leap that mono to stereo is. It’s really tough. If you’ve spent a day mixing in 5.1 and you have to go back to stereo, it’s quite an anti-climax. I’ve supported 5.1 surround for a number of years. I just wish it would take off in earnest. It just seems to generally be considered – wrongly in my opinion – a home theater format. Not enough people have accepted it as a music one.

Rock Cellar: Do you think people are too content listening to compressed downloads and inferior streaming on their devices instead of getting a full immersive musical experience?

Alan Parsons: Sadly, the average quality that the average consumer is hearing now is appalling. It really is. The nice thing about doing a surround mix is it means that you must have a proper home setup of some sort, presumably with speakers. There are headphone systems – even with a sheepish Costco system, it’s still a good experience. Of course, I didn’t conceive either Tales of Mystery and Imagination or Eye in the Sky as being surround sound releases at the time. So, it was a challenge to find new placements between the five speakers for content on the 24-track.

Rock Cellar: One element of the Blu-ray that I found impressive was the visuals. There are archival photos of you and Eric and changing graphics as each track progresses. They’re simple, but effective.

Alan Parsons: Yeah, I think the authors did a very nice job on that. I didn’t want it just to be a static image with no graphics at all.

Rock Cellar: Turning to the box set, it really gives fans the full picture of how Eye in the Sky came to fruition. When did the whole process of gathering everything start?

Alan Parsons: You got me there. Probably at least six months before. [Eric’s daughter] Sally Woolfson did all the work on unearthing those demos. I didn’t really have much to do with that because she had all the tapes at her place. She’s the one who went through them all and logged everything. Then had them transferred to hard discs so they could be compiled for the album.

Rock Cellar: Did you and Sally have all the old album review clips, record company memoranda and photos that are included in the box stored somewhere?

Alan Parsons: We both had stuff and there’s a collector in Atlanta, Kirk Keister. He’s been a memorabilia collector right from the beginning. He had a load of stuff.

Rock Cellar: In the process of gathering all the audio and visual material, were you surprised about anything you found?

Alan Parsons: Of course, the bonus tracks, rough mixes and so on were sort of long forgotten because they weren’t on the original release. Yeah, it was quite an ear-opener hearing those again.

Rock Cellar: While making the original Eye in the Sky album, you utilized a couple of instruments which were either new or relatively new at the time: the LinnDrum machine and the Fairlight CMI digital synthesizer, sampler and audio workstation. Were you the type of producer and musician who always wanted to use the latest technology?

Alan Parsons: I tried to. There’s an incredible amount of technology released every minute these days. We have plug-ins…if you’re a studio engineer, it’s kind of your job to keep up with new developments. There’s so much stuff out there now. It’s really hard to stay abreast of it all. I’m not really a computer guy. I’m an old school analog mixing kind of guy. I have an excellent [house] engineer, Noah Bruskin. He’s quite a guru on ProTools. He’s been a big asset to the new studio operation.

Rock Cellar: Listening to Eye in the Sky now, it doesn’t sound dated compared to other albums that came out at the same time in 1982.

Alan Parsons: I’m glad to hear you say that. P.J. Olsson, who is also the singer in my live band, was the computer engineer on both ‘Tales’ and ‘Eye in the Sky’ [reissues].

Rock Cellar: At the time of Eye in the Sky’s original release, The Alan Parsons Project had been on a hot streak after The Turn of a Friendly Card went top 10 in eight countries. Do you think it resonated so strongly because of that previous success?

Alan Parsons: It certainly helped. We had two hits on ‘Turn’ – “Time” and “Games People Play.” I think ‘Eye in the Sky’ was much anticipated and of course the title track was a pretty big hit.

Rock Cellar: If you were forced to choose your favorite Alan Parsons Project albums, would Eye in the Sky be among them?

Alan Parsons: Yes, for sure. But only when played with “Sirius” as its intro.

Rock Cellar: Are you amazed by how many licensing and sample inquiries you’ve had for that track?

Alan Parsons: It’s almost unbelievable. Literally one every couple of weeks comes in.

Rock Cellar: After you’d finally played a series of shows, did you think, ‘I should’ve done this years ago?’

Alan Parsons: I did, actually. Eric Woolfson never really showed much interest in doing live shows. We did form the live band essentially to promote Try Anything Once. The vast majority of material that we played then, and we continue to play to this day, is Alan Parsons Project material.

Rock Cellar: Any plans to do any of those full album shows here in the U.S.?

Alan Parsons: I Robot is still very much on the cards for our future shows this year. Probably by the time we get to next year, we’ll be replacing a lot of the stuff with material from the new album.

Rock Cellar: Is it true you have some top name guests on it?

Alan Parsons: If I told you who they were, it wouldn’t be a surprise.

Rock Cellar: Looking back on your early days as an asst. engineer at Abbey Road Studios in London while working on the final Beatles albums, did you learn anything from George Martin that you later applied to your own producing methods?

Alan Parsons: Just his mild manner and his ability to talk the same language as any musician, from classical to hard rock. He had this respect that people really enjoyed. I tried to be a similar character. To be someone who was always ready to listen to an idea and somebody who could equally inject ideas.

He was always a team player and that’s how I felt I was as well … and continue to be to this day.