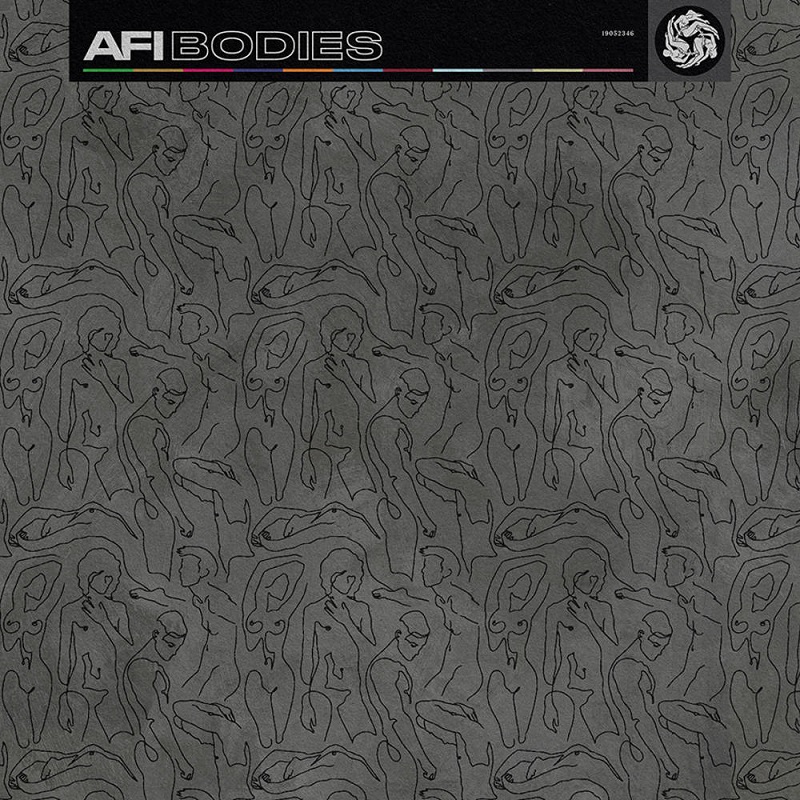 AFI has built a career on adaptation and maturity, after first emerging from Northern California in 1991 as a frenetic punk band that achieved mainstream recognition with 2000’s The Art of Drowning and, on an even bigger scale, 2003’s smash-hit album Sing the Sorrow.

In the years since, the group‘s sound has shifted, to say the least. As the band and its audience grew, the music mellowed in its delivery, the punk screams and two-minute anthems giving way to more atmospheric directions and darker soundscapes.

I’m feeling a lot of excitement and gratitude…@AFI’s 11th studio album (my 9th with the band) is out now! I still can’t believe that I get to make music for a living. pic.twitter.com/2AwuGG65us

“We are thrilled to finally see the release of Bodies,” said vocalist Davey Havok of the new record’s release. “For so long, we’ve wanted this record to be yours. Now it is.”

Listening to the album, a collection of songs with a mostly consistent tone and adherence to the band’s thematic approach, it’s not hard to see why the group feels strongly about it. Its 11 songs are focused, nuanced and heavy on AFI’s strongest elements: Havok’s voice and evocative lyrics and compositions that match the words’ poetic expression.

“Far Too Near,” for example, packs that signature AFI sound into a crisp two and a half minutes:

Bodies was led by songs like “Dulceria,” which pairs disco beats and a pulsating bass rhythm to great effect:

And “Looking Tragic,” precisely the sort of driving, guitar-forward radio anthem that AFI has been known for over the past two decades:

While the aggression of AFI’s early material might be a thing anymore, the dark lyrical content certainly is. “Tied to a Tree,” which closes the album, is an engrossing, haunting affair with off-kilter melodies and unsettling vibes:

In the blackest hole hid the whitest hare, with his pale, pink eyes, you knew were once mine. Bound, by dying stars, to a burning tree you give searing stares, tied up by your hair where we used to meet to see how we would look in the dying light.

The path AFI has gone down since its mid ’90s rise and mainstream breakout is a unique one. Many of the acts that hit it big in the punk/emo scene of the day have since faded away, but rather than become a relic of a bygone era, the band has developed an ability to stay fresh and vibrant — and, sometimes, unpredictably so, which has probably helped them remain a cohesive creative force decades later.

Bodies is a resilient entry to AFI’s versatile catalog, one that packs enough surprises to keep fans interested. Some tracks, like those above and “On Your Back,” seem well suited to the live stage, as well:

Listen to Bodies below: