Home / Two Adeles are Better Than One in Singer’s New Video for “Oh My God,” from Smash-Hit New Album ’30’

Two Adeles are Better Than One in Singer’s New Video for “Oh My God,” from Smash-Hit New Album ’30’ 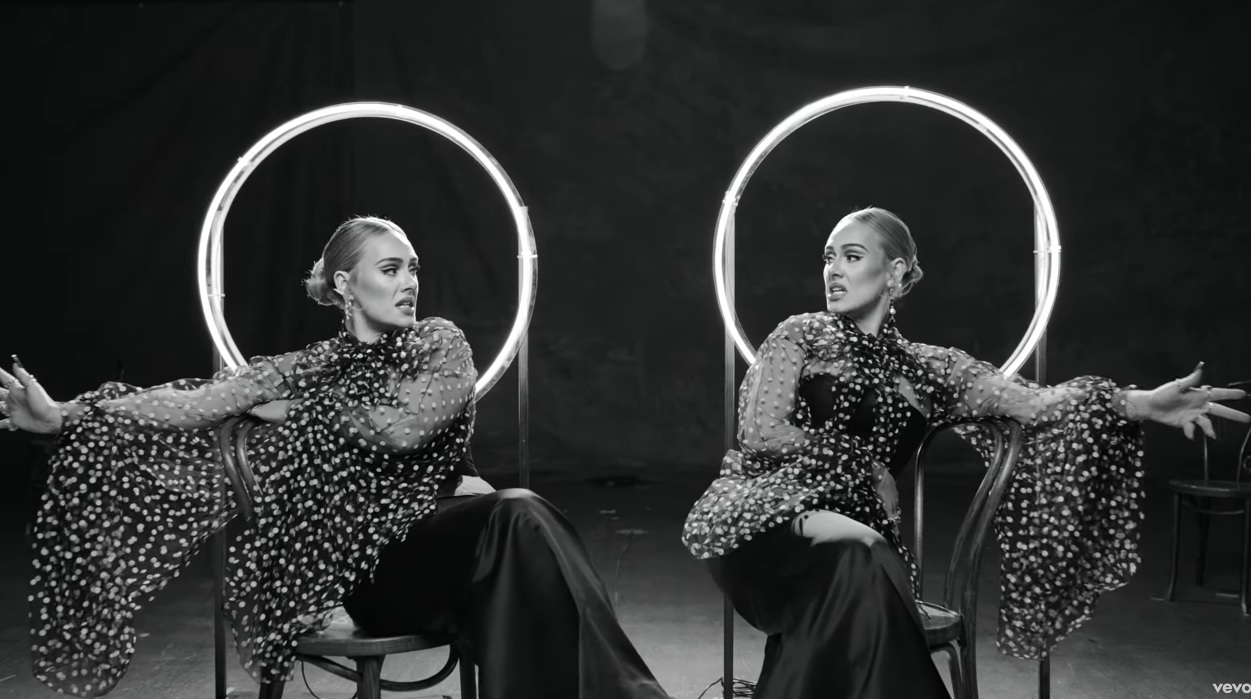 When Adele returned in November with her new album, 30, the English singer/songwriter scored an immediate global hit around the world. That much was expected, given her stature and the six years between albums.

A lot happened in those six years for Adele, inspiring another record’s worth of powerful, grabbing songs steeped in emotion and reflective realism. One of those songs, “Oh My God,” is the latest single from the album, and a video for the track was debuted on Wednesday.

But the attention to detail from the crew was borderline hilarious – thank you so much for your patience and pulling it all together it was a lot of fun 🙏🏻 Although right at the end a huge python was on set so I skidaddled my arse straight out of there!

A stylish black-and-white clip depicting Adele (multiple versions of her, at a few points) singing while a fleet of acrobatic dancers twirl and flip around in the background. It was directed by Sam Brown, who also directed Adele’s 2010 video for her breakout single, “Rolling in the Deep.”

Since the release of 30, Adele has more than reaffirmed her status as arguably the biggest singer on the planet. She essentially convinced Spotify to disable the auto-shuffle function for albums, for one, and the album itself just refuses to lose momentum around the world.

A news release sums up its success, noting that 30 has already been certified 3x Platinum in the U.S. and 2x Platinum in the U.K., Ireland, France and Korea. Released last November, 30 is the biggest selling album of 2021 and in the U.S. has been #1 on Billboard’s Top Album Sales chart for 7 weeks. 30 is the fastest selling album of 2021 and the only album to sell over one million copies in pure album sales. The album’s lead single “Easy On Me,” is a global smash and has occupied the #1 position on Billboard’s Hot 100 chart for 8 weeks. “Easy On Me” is currently the #1 song at U.S. Top 40 radio for a 6th week, surpassing Adele’s previous best record with “Rolling In The Deep” at 5 weeks in 2011. Upon release, “Easy On Me” was the most added track to U.S. radio and the most played track in a single week.

The 12 tracks that make up 30 were produced by Adele’s previous musical colleagues Greg Kurstin, Max Martin and Shellback and Tobias Jesso Jr., as well as new collaborators Inflo and Ludwig Goransson.

She is also preparing to launch her Weekends with Adele Las Vegas residency later this month. The schedule: