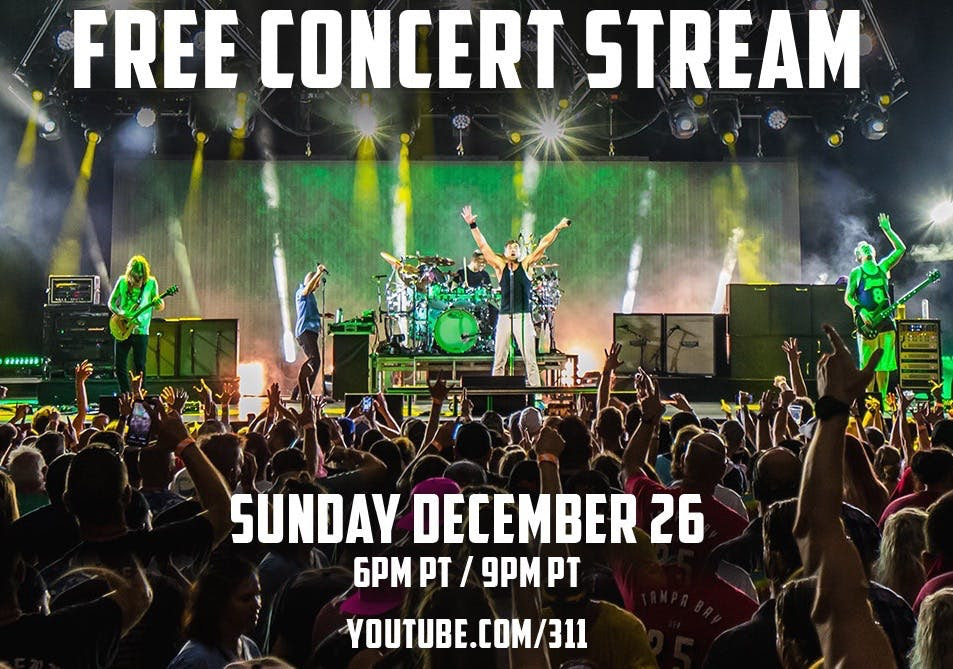 This past summer, rock/reggae veterans 311 went out on a summer tour. The band’s first since the COVID-19 pandemic, it came after a series of quarantine-era live streams from the group’s Los Angeles studio — and that streaming project continued throughout the tour, 311 offering up several shows for at-home viewing.

This coming Sunday, Dec. 26, the Oct. 16, 2021 show from North Island Credit Union Amphitheatre in Chula Vista, California will be streamed for free on the 311 YouTube page as a thank-you to fans for their support over the past year-plus.

That particular tour saw 311 mix in several of its well-known hits with a few fan favorites and deeper tracks. The set list:

In addition to the streaming concert news, the group also detailed a new behind-the-scenes series that will begin in early January and feature footage from the Summer 2021 tour. It will also be premiered on the band’s YouTube page:

All of this activity is building toward next March’s 311 Day concert event in Las Vegas, returning the band and its fan base to the Park Theater at Park MGM, the site of the most recent 311 Day in March 2020 — literally days before the COVID-19 pandemic took hold.

Tickets and details at the link in this tweet:

Over the years, these events have become holidays for the band’s most devoted fans, who often travel from all across the world to come together for a celebration between the band, its lengthy catalog of music and its fan community, a community that allows for the group to maintain a steady touring presence today (pandemic delays notwithstanding).