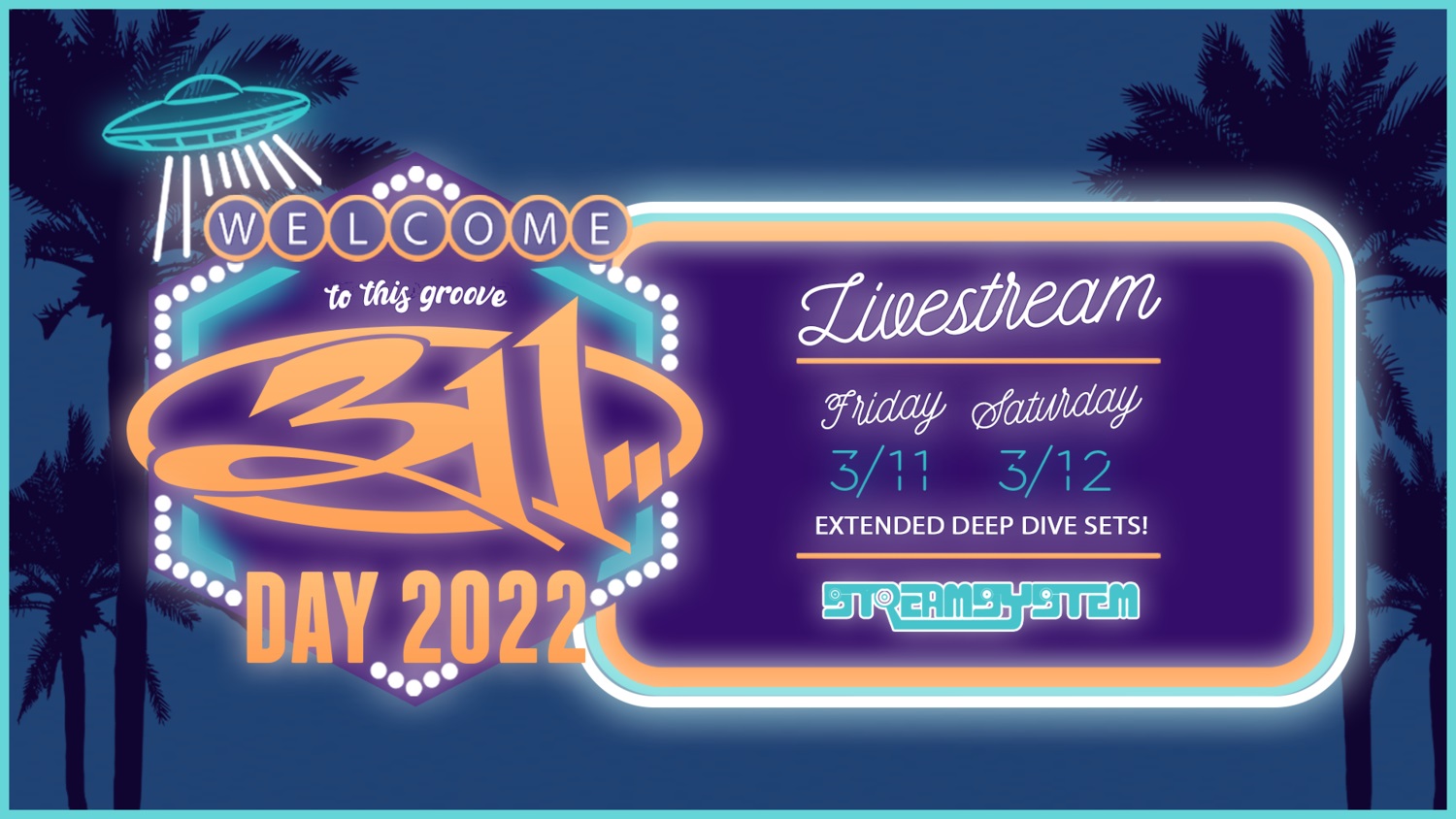 On March 11 and 12, reggae/rock veterans 311 will play two very special shows at Dolby Live at Park MGM as part of their ongoing 311 Day festivities.

Playing to fans from all over the country (and beyond), 311 will stage a pair of extended performances featuring songs from throughout the band’s career. For those unable to make it to Vegas for the big weekend, 311 on Friday announced an official live stream option for folks to tune in from home.

Each show individually will cost $35, with a two-show bundle set at $60, with replay options available. The shows will be streamed via 311StreamSystem.com, the platform the band set up during the pandemic to deliver full-album performances from their rehearsal space to fans.

These 311 Day events are truly a perfect melding of band and fan community, which guitarist Tim Mahoney spoke about with us in our 2017 interview:

“We’re so thankful for that, and really never lose sight of it. We take it to heart, that’s who supports us, and that’s who allows us to keep playing music. That’s always a consideration in everything we do. For me, you hope fans like the record, and people that like our band love the record, and for us we’re always growing and hoping to reach new, younger fans, just people who haven’t heard us since we have a lot of room to grow. But the most important thing we’re thankful for is the folks who support our music and the band.”

Guitarist Tim Mahoney on the band's bond with fans:

"We take it to heart, that’s who supports us, & that’s who allows us to keep playing music. That’s always a consideration in everything we do."

In addition to the 311 Day concerts in Las Vegas, the band has a spring tour in the mix as well, in and around those shows:

311 will also perform at the BeachLife Festival in Southern California on May 13.